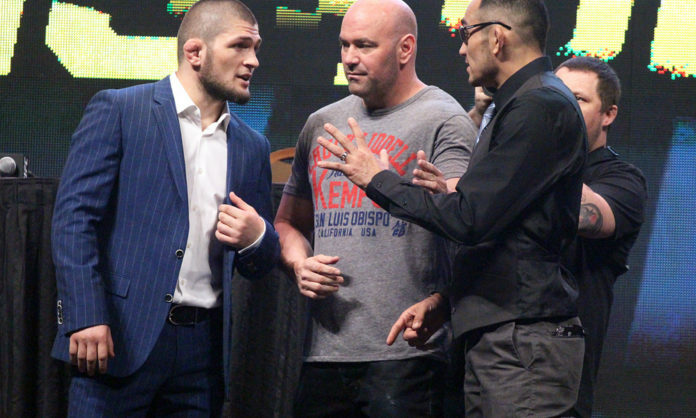 Tony Ferguson vs. Khabib Nurmagomedov is set for UFC 223

Ferguson (23-3) is riding a 10-fight winning streak, dating back to 2012. The 33-year-old has won seven bonuses over the course of the ten fights. At UFC 216, “El Cucuy”won the interim lightweight title when he triangle choked Kevin Lee in the third round.

Nurmagomedov (25-0) is 9-0 under the UFC banner and undefeated in his entire MMA career. After a one-year hiatus, the Russian returned to the Octagon at UFC 219. He earned a decisive victory over Edson Barboza and won ‘Performance of the Night’ honors.

This is the only bout announced for the UFC 223 fight card, but expect more in the coming weeks. 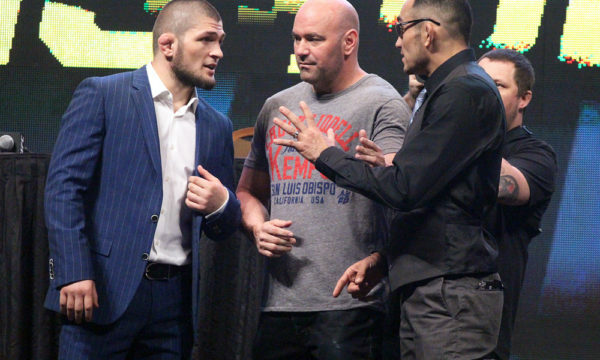 Stay tuned right here at MMA Sucka for more news as well as videos highlighting the top fighters, commentators, coaches, promoters and other names in MMA and combat sports. We also bring you great offers on the latest MMA products and merchandise. You can also subscribe to our YouTube channel for regular updates and all the latest fight news. You can also check out our sister site, at TheFightBuzz.com for the latest from the world of MMA and other combat sports.

Make sure you also check out the Last Word on Sports Network for a look at news, rumors, analysis, and editorials on major sports from around the world.