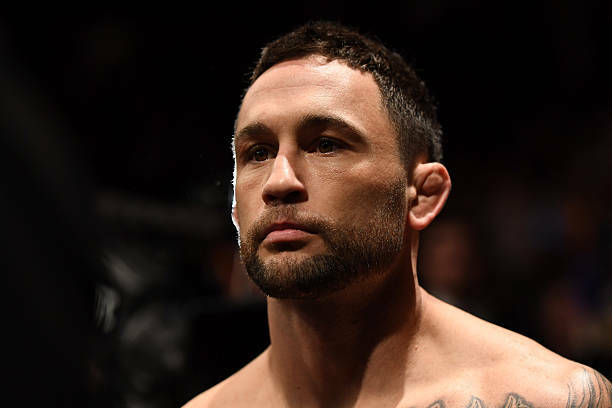 Following UFC 222, a lot of the conversation surrounded the continued dominance of Cris “Cyborg” Justino, and the impressive victory of Brian Ortega. However, for the diehards, Saturday night signaled the on-coming end to a truly special career. For the fans that enjoyed the ride, a lightweight champion was crowned, a featherweight contender surfaced several times, and a legend was created. This unique career is far from over, but there is no better time than now to think back on it and say, thank you Frankie Edgar.

It had never happened before. Frankie Edgar being defeated by something other than a grinding decision. It wasn’t necessarily surprising to see Edgar hurt in a fight. Some of his most fabled moments found him in a crisis, trying to survive on spaghetti legs. Nevertheless, seeing this occur was still unsettling for onlookers of this industry for the last decade. It was a visual bell toll sounding the end to a career stretched far longer than anyone ever expected.

This isn’t to say Edgar is no longer a good fighter. He still very much is, and has several years of fighting left ahead of him. Brian Ortega is a one of the most talented fighters in the sport, and his undefeated record and current finishing streak is the proof. Yet being on a never-ending pursuit of another title opportunity is how we are used to seeing Frankie Edgar. When is the man not a fight away from a title shot? The New Jersey native has taken part in eight different title bouts. His name is synonymous with the highest levels of competition in whatever division he plies his craft. 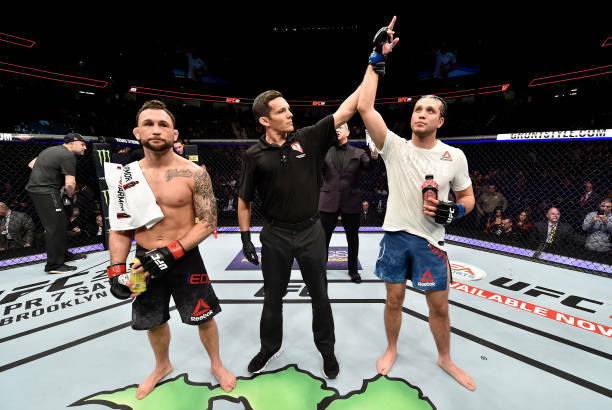 However, those days of elite-level status are over at 36-years-old. And that’s not a reason for despair. On the contrary, it’s the perfect time to appreciate the splendor of his career, and cherish the next few years of memorable moments this first-ballot UFC hall-of-famer still has left.

Edgar has been fighting inside UFC octagons for over a decade, while most fighters find it hard to hang on with the promotion for more than a few years at a time. From the moment he beat a highly touted Tyson Griffin in his UFC debut, Edgar put the sport on notice as a force to be reckoned with. Not much has changed since that night in 2007.

Being on a never-ending pursuit of another title opportunity is how we are used to seeing Frankie Edgar.

During “The Answer’s” 16-6-1 illustrious UFC run, he has had very few easy nights. When going through his exceptional resume, most of the names are familiar to casual fans, and almost all of them are to diehards. The two names that might float under the radar for some are Mark Bocek (Edgar won by tko in the first round) and Matt Veach (Edgar won by submission in the second round). Yet both have very solid records. Bocek is 12-5 with wins over John Alessio and Nik Lentz, while Veach is a noteworthy 17-5 during his career. When Veach and Bocek are your least impressive UFC opponents, you surely have not had any easy nights.

From there, Edgar has a higher tier of competition that consists of men like Gray Maynard (a loss, a draw, and win for Edgar in their trilogy), Sean Sherk (decision for Edgar), Urijah Faber (decision for Edgar), and Jeremy Stephens (decision for Edgar again). All of these men either hung around contendership often, fought for titles, or were UFC champions at one time like Sherk and Faber. This is all while overlooking talented fighters like Hermes Franca, Charles Oliveira, Cub Swanson, and Chad Mendes. Legitimate standout stars from various era’s or divisions.

For many, Frankie Edgar will be remembered as a great who lost more title fights than he won.

That is the brilliance of Edgar. He has consistently defeated the best fighters through two distinct eras in UFC history (post Griffin/Bonnar at TUF and post WME/IMG purchase) and across two of the best division’s the UFC has ever had.

For many, Frankie Edgar will be remembered as a great who lost more title fights than he won. He has three wins (over BJ Penn twice and Maynard), and four losses (against Benson Henderson and Jose Aldo twice each). However, no shame will come in this. Aldo will go down as one of the greatest featherweight fighters ever, while at his peak, Henderson was a consistent pound-for-pound candidate. 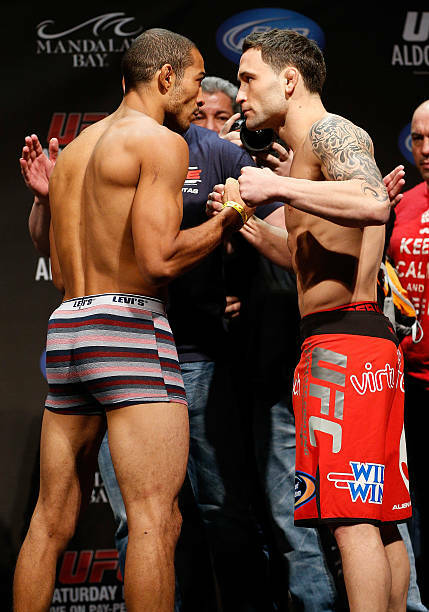 Nevertheless, that’s what truly makes a legend isn’t it? Losing to contemporaries of that lofty status, and rising back up. And that’s what Edgar did…all the time. There was the early rounds from hell against Maynard in their second bout. He rose back up and got a draw out what seemed like a sure fire loss. Then following a three-title-fight losing streak (who has really done that?) to Henderson and Aldo, he rose back up to earn a second crack against “Scarface” at UFC 200.

That is the brilliance of Edgar.

Even in the last few years, when it seemed he had exhausted all of his title opportunities, he legitimately worked his way back into title position to face current kingpin Max Holloway. A fight many looked forward to and felt Edgar had a justifiable chance to win even at 36-years-old.

Unfortunately, we all know about the two scrapped bouts and the eventual replacement match-up with Ortega.

Frankie Edgar’s window to title chances was slammed shut by Ortega’s elbows and fists Saturday night. Yet the iron-willed Edgar is not done yet. He won’t rise up again to face a champion for a UFC title. Though, he is still likely to be in several more noteworthy bouts as he continues to solidify his place as one of the greatest mixed martial artists the sport as ever seen.

Edgar has spent a record six hours and 32 minutes inside a UFC cage. Facing some of the best lightweight and featherweight fighters MMA has ever seen on almost every outing. Though he may be finished with the elite-level portion of his career, there is still ample time for the former 155-pound champion to extend his record cage time well over seven hours. All while doing it against the premier talents in the sport. That is something to rejoice about, because when Edgar finally hangs up his gloves for good, we will have lost the pleasure of watching a true legend perform.