Like it or not, MMA and professional wrestling are bosom buddies 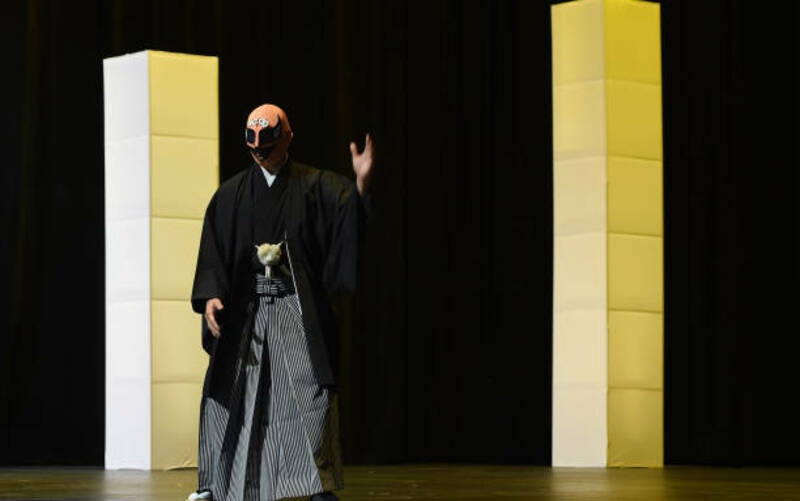 Over the last 15 years, Mixed Martial Arts (MMA) has made great strides in changing public opinion of the sport. It is legal all over the world and growing in popularity like never before. MMA promotions get television time on recognizable networks now, where they also showcase the names of major sponsors. The sport is as legit as its ever been. However, to the chagrin of many purists, MMA has very close ties to one of the most successful, albeit taboo, entertainment formats in the world: professional wrestling. The connections between the two are more obvious than many realize.

For casual fans (and even diehards) of cage fighting, MMA and pro wrestling are viewed as completely different entities. While there is a crossover of fans who love both, the common divisive opinion is that MMA is a serious sport and pro wrestling is a goofy soap opera for men. Yet the influence between the two reaches all the way back to the pioneers of MMA.

Like it or not, MMA and professional wrestling are bosom buddies

To many long-time fans, Kazushi Sakuraba is an icon of MMA. Having built his name during the formative years of the sport. However, before his legendary run in Japanese MMA began in 1996, he was a member of the shoot-wrestling promotion Union of Wrestling Forces International (UWFI). Shoot-wrestling — or strong-style — is a genr of pro wrestling that blends legitimate grappling and striking techniques into a world of predetermined outcomes. This, combined with his amateur wrestling experience, helped to form the crux of the “Gracie Hunter’s” grappling excellence in real combat.

As Sakuraba eventually made the transition into MMA, early Ultimate Fighting championship (UFC) competitors like Dan Severn, David “Tank” Abbott and Ken Shamrock made the leap into professional wrestling. Competing during the dark ages of American MMA, with limited legalization, forced these fighters to go where the money was. In the late 1990’s, there was a lot of money to be made in professional wrestling. It was a boon for companies like World Wrestling Entertainment (WWE, or WWF back then) and World Championship Wrestling (WCW). The world of “fake” fighting earned some legitimacy as real-life pugilists took their talents to the wrestling ring. Shamrock even won the WWE intercontinental title during his two-year run with the promotion.

During the 2000’s, the crossover of talent still occurred on occasion – notably with Pride FC heavyweight stars Josh Barnett and Kazuyuki Fujita – yet the promotional styles and content of the two entertainment formats seemed more in sync than ever. With the rise of promotions like Extreme Championship Wrestling (ECW), pro wrestling upped its violence levels to cater to an audience who showed an affinity for the hard-hitting action MMA provided. Matches were more physical and blood was spilt by the buckets.

The world of “fake” fighting earned some legitimacy as real-life pugilists took their talents to the wrestling ring.

In MMA, the dominant era of the Gracie clan petered as braggadocio and spectacle took center stage in fight promotion and presentation. Fighters like Tito Ortiz, Wanderlei Silva, Sakuraba and a returning Shamrock started to thake their promoting cues from professional wrestling. These fighters competed in bouts built up and sold in ways that Vince McMahon and ECW owner Paul Heyman would appreciate.

Pride FC events mirrored pro wrestling as much as any fight promotion we have ever seen. For one, they had a ramp walkway similar to what the WWE still uses today. They promoted bouts with the sort of weight differentials only seen in wrestling, and they even had fights with professional wrestlers wearing their traditional costumes. Future WWE heavyweight champion Alberto Del Rio (as his then wrestling persona Dos Caras Jr.) actually fought Mirko “Cro Cop” Filipovic at Pride – Bushido 1. In contrast, Shinsuke Nakamura – a New Japan Pro Wrestling (NJPW) legend and one of the biggest stars on the current WWE roster – has used his real name in wrestling and MMA. Going 3-1-1 fighting for several promotions from 2002 to 2004.

These two businesses, built on pain for the entertainment of the masses, were like star-crossed lovers. Eyeing each other from a far, yet being held back by fans trying to deny the strong connections between the two. However, Brock Lesnar of all people would be the one athlete to kick down the invisible wall between the industries.

However, Brock Lesnar of all people would be the one athlete to kick down the invisible wall between the industries.

When Lesnar entered MMA in 2007, fans had no idea what to expect. Wrestling fans knew how gifted an athlete he was for his size, but in MMA Vince McMahon had no control over the results. MMA fans respected his NCAA D-1 national champion pedigree, but wondered if a guy from sports-entertainment could succeed in a real fight sport? Succeed he did, and on an emphatic level, as Lesnar would go on to become the UFC heavyweight champion, defend the title twice, and go down as one of the biggest box-office draws in company history.

Some loyalists (be it fans or fighters) of the two industries will always look at the other negatively. However, after Lesnar, the crossover of appreciating both sports from the two fan bases reached new heights. Even public admiration between fighters and executives in professional wrestling and MMA was more apparent than ever.

With Lesnar’s success, other pro wrestlers all of a sudden saw reality in their secret MMA dreams. Multi-time WWE heavyweight champion, Wrestlemania headliner, and Drax from Guardians of the Galaxy, Dave Bautista, dabbled in a MMA for one night and won. Bobby Lashley, another former WWE heavyweight champ, jumped head first into MMA after leaving the company in 2008. He has racked up a 15-2 record, and had a very legitimate case for inclusion in Bellator’s heavyweight grand prix. Not to mention, he did much of that while still being a consistent main event name for the company Impact Wrestling.

We also can’t forget Phil “CM Punk” Brooks, and his much publicized debut in the UFC and further publicized second bout coming up at UFC 225.

We also can’t forget Phil “CM Punk” Brooks, and his much publicized debut in the UFC (which I wrote about) and further publicized second bout coming up at UFC 225.

Just like in years passed, that turnstile of personal pursuits goes both ways. While Brooks, Lashley and Batista followed Lesnar’s lead, MMA fighters saw new opportunities to live out dreams, and grow their bank accounts, by hitting the ropes in a wrestling ring.

Former Ultimate Fighter 7 alum Matt Riddle left the sport in 2014 – with an 8-3 record – to pursue a professional wrestling career. Now he is a name performer working with respected organizations like EVOLVE and Pro Wrestling Guerilla (PWG). Not to be out done, women’s MMA pioneer Shayna Baszler (who fought stars like Tara Larosa, Cris “Cyborg” Justino and Amanda Nunes during her career) is now a fast rising performer within the WWE confines, as she currently holds the NXT women’s title.

Oh yea, I also can’t leave out that a long-time friend of Baszler’s just joined the WWE. This former champion named Ronda Rousey. Yes, Ronda Rousey. One of the most famous female athletes of the last decade, and UFC box-office star, is now a professional wrestler. Meaning wrestling finally got their version of Brock Lesnar’s move to MMA. And honestly, this team swap is likely more meaningful than that one. Rousey’s debut at this year’s Wrestlemania helped to break records and was a big enough to even get UFC President Dana White in the building to see it.

A deal, that will allegedly allow the former UFC champ to take part in both MMA and professional wrestling.

Adding even more to the blending of the two industries, on the same Wrestlemania card, Brock Lesnar was in the main event. The same Lesnar who just signed a new deal with the WWE. A deal, that will allegedly allow the former UFC champ to take part in both MMA and professional wrestling.

For two entertainment genres that seem so different, MMA and professional wrestling are more bonded than certain fans want to admit. If you have any doubt, check out the back fists, arm bars and triangle chokes being used during wrestling shows on television every week. We also can’t forget the beloved Ric Flair “Woos” that ring out all the time during UFC and Bellator events. Hate or love it, these two sports are meant for each other.