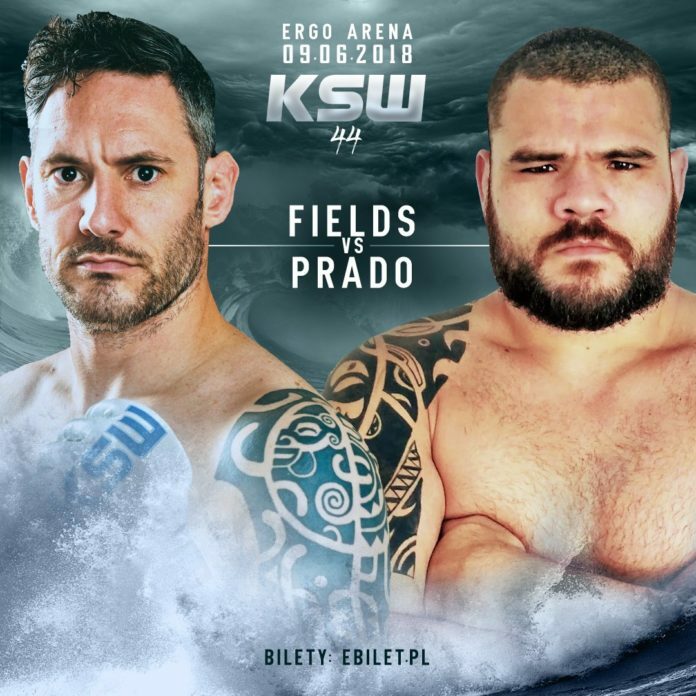 The heavy-handed Brazilian will take on a highly-respected SBG veteran in his debut. KSW announced the signing and bout on Friday.

At just 30-years-old, Wagner ‘Caldeirão’ Prado (13-3, 1NC) still has an immense amount of potential for a light heavyweight.

After amassing a record of 8-0 to begin his career, Prado signed with the UFC in 2012. Upon being winless in his first three bouts – two of which were against Phil Davis, one of those fights resulted in a no contest – Prado returned to the red-hot regional scene in Brazil after being released from the organization.

Prado won four-straight via TKO, this included a Max Fight title win. After the first defense of his title in late 2015, Prado took nearly two years off and returned to action in Russia last year, losing to current UFC light heavyweight prospect Magomed Ankalaev. At the end of the year, Prado returned to Brazil and won his sole bout in the Katana Fight organization. This upcoming fight against Chris Fields will be Prado’s first appearance since November of last year.

Fighting out of SBG Ireland, Chris Fields (12-7-1) enters the Prado fight with two-straight wins for the first time since 2012.

After losing to Matt Van Buren on TUF 19, the Cage Warriors veteran made his BAMMA debut in 2015 and dropped two-straight, being knocked out by Cheick Kone in 23-seconds, and submitted by Christopher Jacquelin.

In early 2016, Fields returned to BAMMA and submitted Dan Konecke at BAMMA 24. After this, he was set to face Paul Craig and Andy Clamp under the BAMMA banner but both bouts were scrapped. This resulted in Chris Fields being given a massive opportunity in Bellator against former champion Liam McGeary. Sadly, this fight fell through as well.

So finally, a near two years later, Chris Fields signed with KSW at the end of 2017 and defeated Polish veteran Michał Fijałka. He was slated to return at KSW 42, but couldn’t due to flight issues just days before the show. So now, three months later, Chris Fields returns against a KSW newcomer.

KSW 44 goes down on June 9, live from the Ergo Arena in Gdansk, Poland. The main event features a battle of promotional juggernauts with Mariusz Pudzianowski taking on former champion Karol Bedorf.

Check out the full card below with the latest addition.