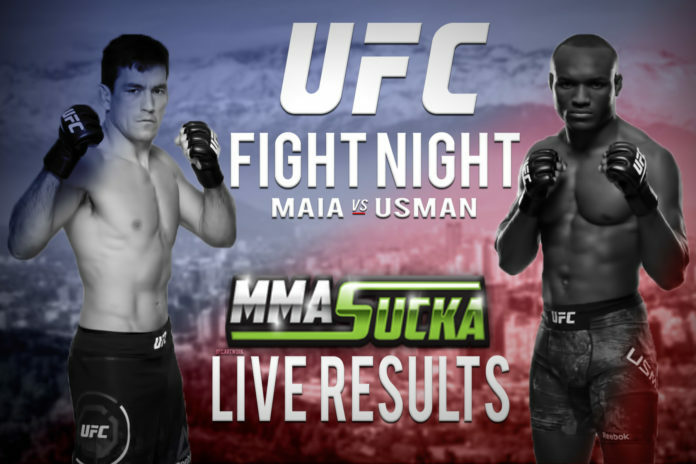 The UFC makes its debut in Chile as UFC Fight Night 129 goes down, live from the Movistar Arena in Santiago. In the main event, former welterweight and middleweight title challenger, Demian Maia, takes on red-hot welterweight, Kamaru Usman. Maia is coming off a lopsided decision loss to Colby Covington back in October. Usman, on the other hand, has won his last seven straight, most recently against Emil Meek in January. MMASucka will have you covered for results all night long.

In the co-main event, Alexa Grasso takes on Tatiana Suarez. Before the co-main event, two heavy-hitting light heavyweights collide as Jared Cannonier takes on Dominick Reyes. Plus, Diego Rivas takes on Guido Cannetti in a bantamweight fight. The second fight on the main card is the UFC debut of Andrea Lee as she takes on Veronica Macedo. Kicking off the main card will be a welterweight fight between Vicente Luque and Chad Laprise.

Follow along with MMASucka as we provide you with the results throughout UFC Fight Night 129. 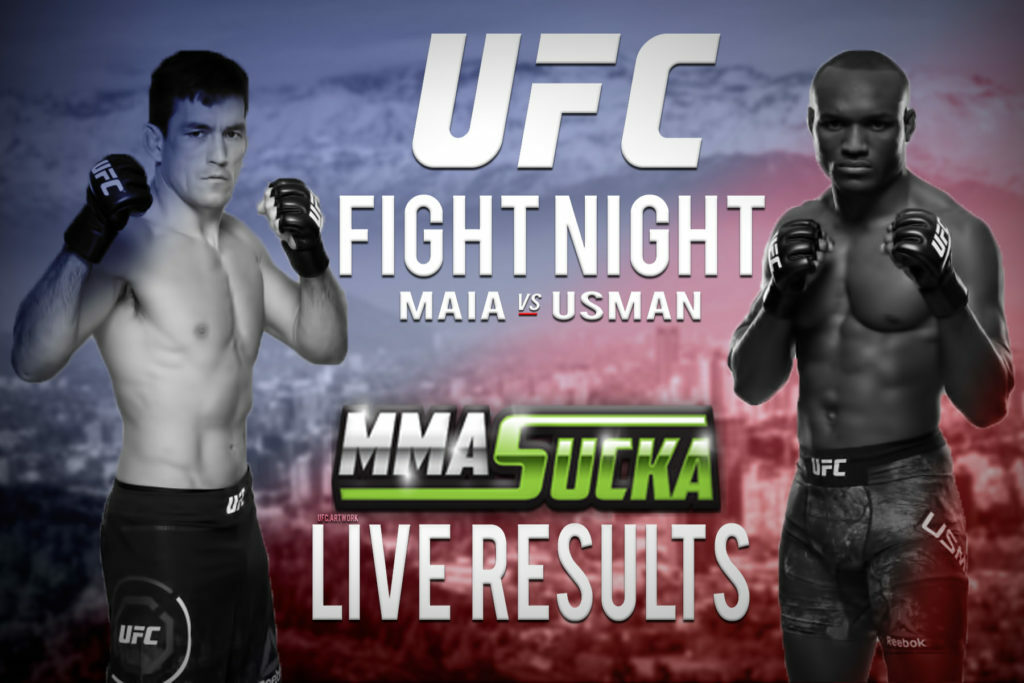