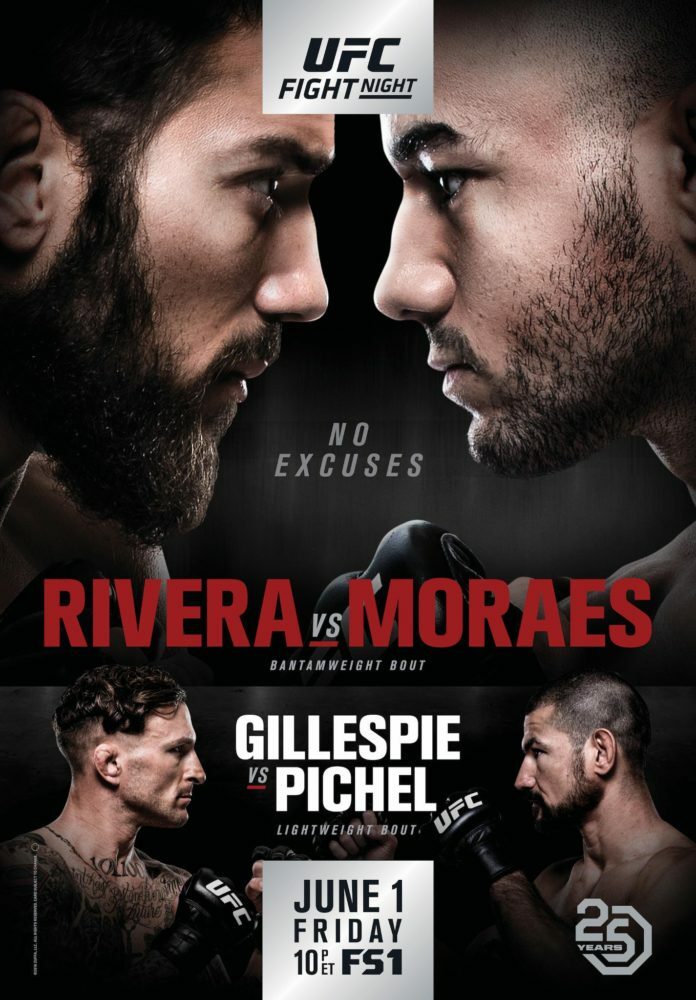 This Friday night, live from the Adirondack Bank Center in Utica, NY, UFC Fight Night 131 will go down. Headlined by Cris “Cyborg” Justino defending her UFC featherweight crown against Yana Kunitskaya, this is a card primed for a fighter to make their mark. For a fighter to truly make that mark, however, they need the full package. Exciting fights certainly don’t hurts their chances of standing out in the crowded roster, but many fighters need that something more outside of the cage. Like a signature entrnace. That’s where I come in. As MMASucka.com’s resident musicologist, I can help. Putting my knowledge to work, I can help these wayward fighters find more suitable UFC Fight Night 131 walkout songs. Songs that would help them make an impact with fans. I’m even sharing these suggestions with you, the fans. So, without further ado, here… We… Go!

What she last walked out to: “Glorious” – Macklemore feat. Skyler Gray

What she should walk out to next: “No Funeral” – Revocation

I’ve said it before, and I’ll say it again: There’s only one fighter who can get away with walking out to Macklemore, and that’s Raquel Pennington. And that’s only because she’s made the song her signature walkout. For Jodie Esquibel, however, it’s something that should be replaced in order to help her better stand out. With her decision-heavy record, Esquibel could use an impactful walkout to get the crowds excited for her. One band that excels at making an instant impact is Revocation. Master of the introductory hook, the US-based metallers song “No Funeral” could be a fantastic long-term walkout for Esquibel. Listen below.

What he last walked out to: “Me de Amor” – Sango

What he should walk out to next: “Tweeter and the Monkey Man” – The Headstones

Jarred “The Monkey God” Brooks definitely creates an image with his nickname. Whether it’s of Hanuman, Sun Wukong, or Son Goku, it brings to mind a warrior with a sense of mischief. So, while “Me de Amor” isn’t necessarily a bad song, it feels a little off-brand for Brooks. So, something a little more on the nose of his nickname may be in order. A solid choice, recounting the the life of another simian-named rapscallion, would be the Headstone’s rendition of “Tweeter and the Monkey Man.” It’s got a levity to it that fits Brooks, but is different from the one of the Sango song he previously walked out to. You can give it a listen below.

Keep it locked to MMASucka.com for more MMA news and opinion, as well as UFC Fight Night 131coverage!