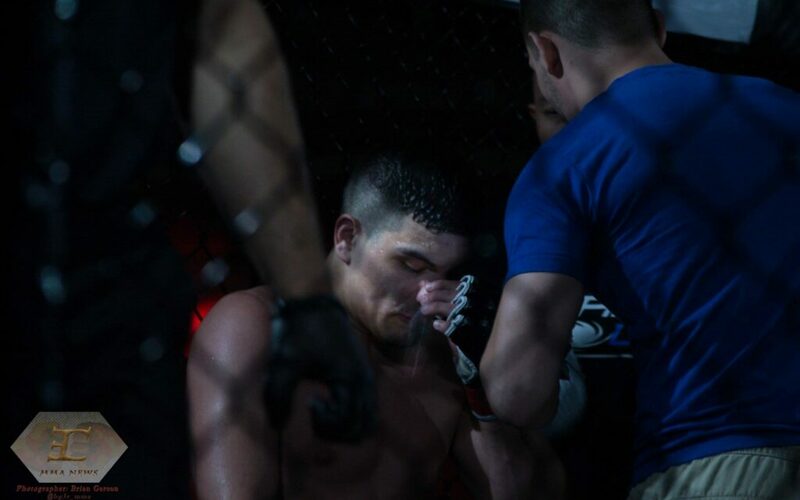 Premier FC 26 took place from the Sheraton in Springfield, Massachusetts. The card displayed a stacked lineup throughout the night. It began with a preliminary card which featured four amateur championship fights. Overall, the prelims held five fights, all amateur competition. The main card had six fights which were all held under the professional rule-set. While the main card held no championship bouts, it did host some of the east coasts best-emerging professional talent.

Hannah Goldy impressively dominated Lisa Blaine in a three-round contest which largely saw Goldy control range and pacing. Goldy left technical striking and fight IQ inside the cage as she won each of the three five minute rounds. She improved her record to 3-0, which includes a victory over current UFC flyweight, Gillian Robertson (the bout was the professional debut for both fighters).

Among those who impressed at last nights Premier FC 26, was Yi Ju. Ju earned a 0:27 second TKO victory over his opponent Holland Ahern in order to capture the promotions amateur light heavyweight strap. The win also elevated Ju to 3-0. The appearance was his third for promotion, it also marked his third consecutive Premier FC event the fighter appeared on.

Although 0:27 seconds is quite a quick finish, it was not the quickest of the night. Massachusetts fighter, Pat Casey defeated Jesus Cintron by submission in only 0:22 seconds. Coming in a close third was Alex Ortiz who defeated his opponent within 0:40 seconds of the opening round.

Stay tuned with MMASucka for event coverage of the very best regional, national and international promotions as well as interviews from coaches, and promoters across the world and much more. Follow us on Twitter for the all your MMASucka news the minute it breaks. Subscribe to us on Youtube to watch highlights, interviews, and our own Jeremy Brand’s recurring series ‘Mat Wars’.

William Knight def. Terrance Jean Jacques via TKO (Strikes) at 2:35 of round 2

Marisa Belenchia def. Grace Nowak via Submission (Kimura) at 4:58 of round 1

Pat Casey def. Jesus Cintron via Submission (RNC) at 0:22 of round 1

Jason Rine def. Jeremy Reipold via Submission (RNC) at 2:01 of round 1

Billy Goff def. Chris Almestica via TKO at 1:48 of round 3

Harrison Adamo def. Jason Showers via Submission (RNC) at 2:41 of round 1