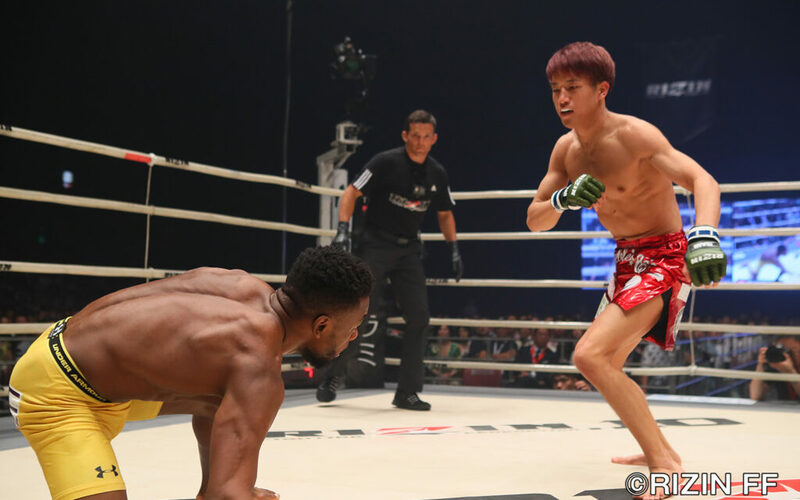 RIZIN announces another fun fight for their upcoming show in Saitama.

A veteran of The Outsider, Kai Asakura (10-1) returns to the ring following back-to-back wins under the RIZIN banner.

After claiming bantamweight gold in The Outsider, the Aichi native signed with ROAD FC and amassed a 1-1 record in the promotion before signing with surging Japanese powerhouse RIZIN Fighting Federation.

During part of RIZIN’s typical NYE double-header in 2017, Asakura made his debut and picked up a violent knockout win against Kizaemon Saiga. He followed that up in May by winning a narrow split decision vs. Manel Kape in a barnburner at RIZIN 10.

One of the many young savages in muay thai fighting out of Thailand, Topnoi Tiger Muay Thai has amassed a solid 5-1 record in MMA since making his debut barely two years ago.

The streak includes fights in Full Metal Dojo, Thailand FC, and Primal FC. As well as four finishes, one of which is a vicious knockout in just 12-seconds.

RIZIN 11 is slated to take place on July 29, live from the famed Saitama Super Arena in Saitama, Japan. The event is headlined by a flyweight rematch five years in the making between Kyoji Horiguchi and Hiromasa Ogikubo.