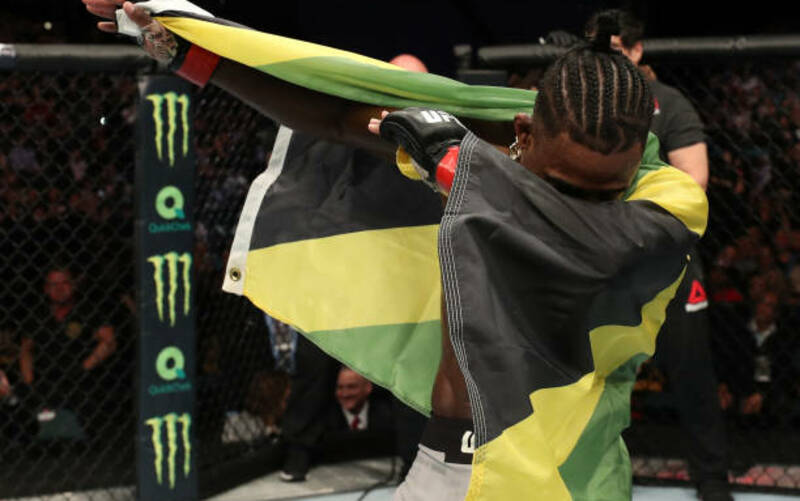 A bantamweight showdown is official for Dallas, Texas. Earlier this week, a report from Fansided surfaced linking Cody Stamann and Aljamain Sterling to a possible matchup. The report comes after a month or so of back and forth between the athletes on social media and interviews.

The feud began from a social media post in which Sterling called out former UFC bantamweight champion Dominick Cruz. In the post, Sterling respectively challenged Cruz to fight on a date of his choosing. While the attempted call out failed to garner Cruz’s attention, it did find the mind of Stamann.

You asking him to prom? Best grappler in the division? You got wrestle fucked by @BryanCaraway and haven’t beat a single guy currently in the top ten. #stayinyourlane

Sterling and Stamann began this tension between the rising bantamweight contenders back in April.

Bounce Back for Sterling

His dominant performance served as a comeback. Sterling garnered a good portion of momentum in the midst of 2017. He earned consecutive unanimous decision victories over Augusto Mendes at UFC on Fox 24 and former bantamweight champion, Renan Barao at UFC 214.

The two victories followed Sterling’s first two losses as a professional. They came in form of split decisions to Bryan Caraway and Raphael Assuncao, respectively. But this momentum fell flat to floor with his body when he lost to Marlon Moraes at UFC Fight Night 123.

At the event (UFC Fight Night 123), Moraes knocked Sterling into oblivion as he earned an incredible 1st round KO victory. The brutal finish of Moraes left Sterling unconscious for some time following the conclusion of the bout. Ultimately, the Serra-Longo fighter was transported out of the octagon on a stretcher.

For Stamann, the matchup provides an opportunity to convincingly bolster his name towards the top of the division. The Michigan born fighter holds high expectations behind him. Expectations which are surprising for an athlete so young in his UFC career.

Thus far, Stamann is undefeated in three bouts with the organization. In his debut, Stamann handled Terrion Ware over the course of three rounds to earn a unanimous decision at UFC 213. From there, he faced Tom Duquesnoy at UFC 216. The bout was Duquesnoy’s promotional debut. Stamann defeated the French fighter by split decision. It was the same result when he took on Bryan Caraway at UFC 222.