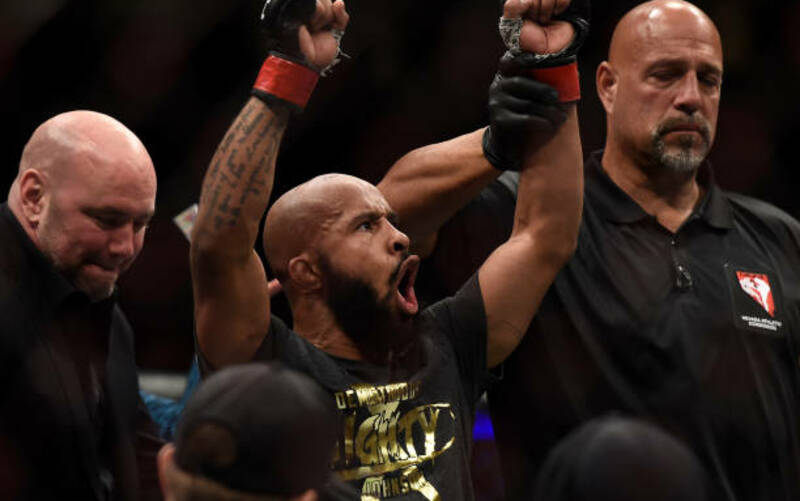 This is the 17th of a 50 part series documenting the history and current state of MMA for each of the 50 states in the United States of America. Each part will chronicle the history of MMA as well as several notable fighters and camps in each state. States will be completed in alphabetical order. This is the history of Kentucky MMA. Be sure to check out the previous part on Kansas.

Kentucky, the 15th state to join the Union, is in the middle of the pack as far as population ranking at 26th in the country. Though the state may not boast a middle of the pack set of fighters, arguably the greatest fighter of all time calls Kentucky his birth state. Kentucky has had some rough commission issues in the past few years though and are hopefully on the rebound now.

The Kentucky Boxing and Wrestling Commission was established in 2016 by Governor Matt Bevin to fix a very weak regulatory body. The commission is made up of four members but currently only has three as the chairman resigned after the recreation of the commission in 2016. His spot has yet to have been filled. Unfortunately, Kentucky suffered a very sad incident causing them to re-evaluate their newly created by-laws.

On July 15, 2017, Hardrock MMA held Hardrock MMA 90 in Louisville, Kentucky. During an amateur bout, heavyweight Donshay White collapsed backstage after his second-round loss, eventually passing away shortly thereafter. It was noted by the Jefferson County Coroner’s Office revealed the cause of death as “hypertensive/ atherosclerotic cardiovascular disease” which is a form of heart disease classified as a death by natural causes. It was later learned that White suffered from high blood pressure but passed two physicals, one just hours before his bout. His trainer Billy Smith stated White had not trained in well over a year and a half before this matchup took place. This unfortunate event caused the commission to re-evaluate their medical requirements and to tighten their newly designed by-laws.

The organization every state wants to host, the UFC, has been to the Bluegrass State for two separate events. Bellator has also graced the Kentucky grounds on two occasions.

The UFC’s first visit was on March 03, 2011 for UFC Live: Sanchez vs. Kampmann. The card in Louisville was riddled with injuries and canceled bout but was headlined by Diego Sanchez taking a unanimous decision win over Martin Kampmann. The co-main event featured Mark Munoz knocking out CB Dollaway in less than one minute into the first round. In the prelims, Rousimar Palhares submitted David Branch by kneebar in round two.

Special Kentucky Visit by the UFC

The Fight for the Troops series continued at Fort Campbell for UFC: Fight For the Troops 3 on November 03, 2013 on the base of Fort Campbell. The card was absolutely stacked for being a Fox Sports 1 card. Stars such as Lorenz Larkin, Yancy Medeiros, Yves Edwards, and Neil Magny were on the online prelims. The main event featured Army Ranger and middleweight fighter, Tim Kennedy, defeating Rafael natal by first round knockout. Some other competitors on the main card were Yoel Romero, Jorge Masvidal, and Michael Chiesa.

Bellator beat the UFC to the Bluegrass State hosting Bellator 23 on June 24, 2010. The fans in attendance in Louisville witnessed the crowing of the season two featherweight and middleweight tournament. Joe Warren defeated Patricio Freire by split decision as well as Alexander Shlemenko knocking out Bryan Baker to win their respective weight division tournaments. Bellator returned a year later in September 2010 for Bellator 30. In the main event, Jacob McClintock knocked out Brent Weedman in the first round.

The GOAT of Kentucky

Many would consider the best pound for pound fighter in the history of MMA to hail from Kentucky. Demetrious “Mighty Mouse” Johnson was born in Madisonville, KY though growing up in Washington state. Johnson was earned a record of 27-2 with his last loss coming to Dominick Cruz in 2011. He also holds the record for most title defenses with 11 and counting. Johnson is rumored to rematch with Henry Cejudo at UFC 227 in August 2018.

The Hillbilly Heartthrob of the Bluegrass State

Josh Clark, “The Hillbilly Heartthrob, is the number one heavyweight according to Tapology in Kentucky. Clark has a pro record of 12-5 with many of his bouts in the state of Kentucky. He has an amazing beat on the fandom of the state’s population. “I would have to say they are loyal die-hard fans!” Clark told MMASucka. “I left Kentucky four and a half years ago and every time I return to fight I feel like my fan base is always growing! I love the Kentucky fans. They’re rowdy and very supportive.”

“The growth of MMA in Kentucky has been really cool to see! When I started out 12 and a half years ago it wasn’t sanctioned,” Clark stated to MMASucka. “I fought twice in one night in the middle of a fairground. Now it’s obviously sanctioned and there are shows at least every two to three months with around 600-1,000 people that come out.” Clark also spoke about Hardrock MMA 100, which will be a huge event due to it being the 100 show.”

“Downtown Louisville on 4th Street where there expecting 3,500 people for the event. The show is free to the public except for VIP tables. I expect this show to showcase all the upcoming talent coming out of Kentucky and grab the attention of more people in Kentucky. This could possibly be something big for Hardrock MMA!” Clark will be fighting on the card so if you are in the area, check out the free event.

Part 18 of the 50 states series will be the state of Louisiana. Check back with MMASucka to keep up with the series.