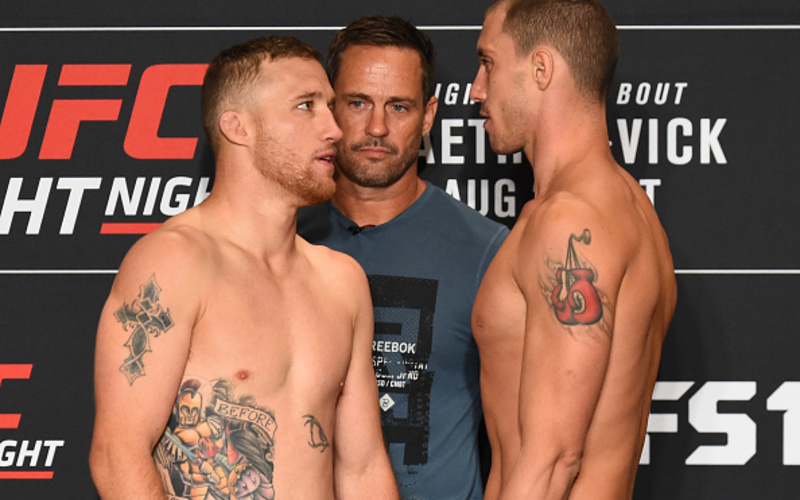 After a three week break, the UFC is back in our lives as UFC Fight Night 135 is live from Lincoln, Nebraska tonight. The main event will feature a lightweight clash between two of the top ten, Justin Gaethje and James Vick. Gaethje is currently coming off back to back losses at the hands of Eddie Alvarez and Dustin Poirier. Meanwhile, his opponent, Vick, is riding a four-fight win streak heading into his first UFC main event. Gaethje will look to snap the first multi-fight losing streak of his career while Vick hopes to climb the rankings at 155.

In the co-main event, Michael Johnson will make his second appearance at featherweight when he takes on Andre Fili. After losing two straight at lightweight, Johnson moved down to featherweight where he made his debut against Darren Elkins. That fight didn’t go his way as he lost in the second round by rear naked choke. His opponent, Fili, is currently on a two-fight win streak with wins over Artem Lobov and most recently, Dennis Bermudez.

Also on the main card, we will see a strawweight match-up between Cortney Casey and Angela Hill. Plus, we will see a welterweight clash between Jake Ellenberger and Bryan Barberena. The two fights closing out the main card include a flyweight fight between John Moraga and Deiveson Figueiredo and a middleweight fight between Eryk Anders and Tim Williams.

Follow along with MMASucka as we provide you with the results throughout UFC Fight Night 135.

James Krause def. Warlley Alves via Knockout (Knee and Punches) at 2:28 of Round Two
Cory Sandhagen def. Iuri Alcantara via TKO (Punches) at 1:01 of Round Two
Andrew Sanchez def. Markus Perez via Unanimous Decision (29-28, 29-28, 29-28)
Mickey Gall def. George Sullivan via Submission (Rear Naked Choke) at 1:09 of Round One