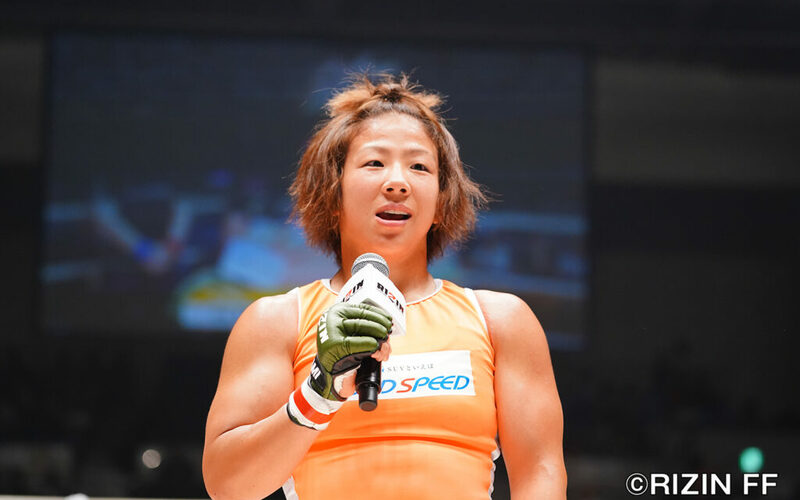 Invicta FC has added depth to their strawweight division with the addition of Japanese-Ace Kanako Murata.

The news was confirmed on Thursday.

With a stellar mixed martial arts record of 8-1, Kanako Murata has shown signs of brilliance throughout her nine-fight MMA run.

As a world-class female wrestler, Murata has been putting in some work the past year with Kirian Fitzgibbons at Combat Sports Academy, this in an attempt to really tune-up her ever-evolving striking game.

As for her wrestling background; she has dominated the Junior Queens Cup, the Junior Olympics, and even the National Games. She looked up to fellow wrestling phenom Saori Yoshida eventually faced her at the 2011 National Games. Murata was ahead on points until the last minute. She received tons of praise for this, for – at the time – being the closest person to defeat Yoshida.

Kanako Murata has had a stellar run in her short MMA career. With wins under the KOTC, DEEP, Pancrase, and Shoot Boxing banner, the 25-year-old has really found a home in Japan with RIZIN Fighting Federation, with over half of her bouts taking place in the promotion.

She has gone on two separate four-fight win streaks, one of which she is on right now. Right in between those win streaks, Murata was only defeated by Japanese women’s MMA pioneer Rin Nakai.

It is, of course, worth noting the contract situation. Murata will be exclusive to Invicta FC – outside of when she decides to compete in Japan at home under the RIZIN Fighting Federation branch.

Murata was one of eight fighters announced as new Invicta signings.