Inside the KSW Vault: Karolina Kowalkiewicz 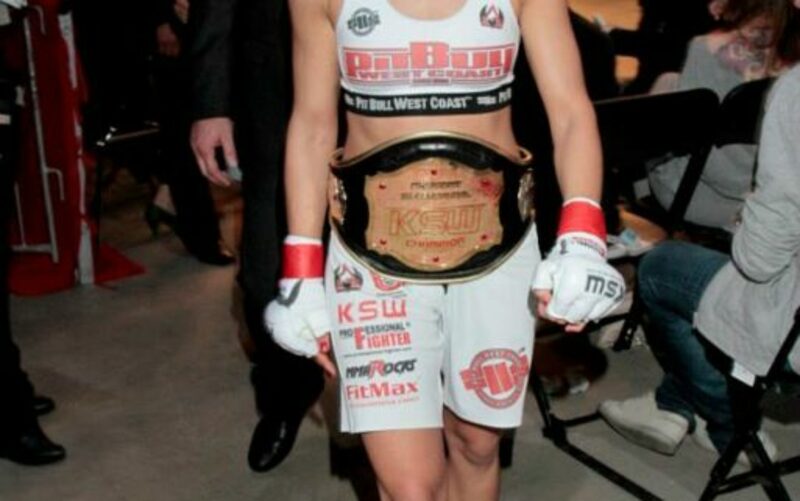 Take a dive into the new series, “Inside the KSW Vault.” Many amazing fighters have spent years perfecting their craft and showcasing their skills on the premier stage for European MMA, KSW. Follow along as we take a look at the many fighters and events, past and present, who have contributed to making KSW what it is today.

Many know Karolina Kowalkiewicz for her tough battle with Joanna Jedrzejczyk at UFC 205 in November 2016 and her strong run in the UFC. After taking on Marzena Wojas in her professional debut at Extreme Fighting Sports 2 in May 2012, Karolina signed with KSW and began her run to stardom. She would also go undefeated in her KSW reign, capturing gold along the way.

Karolina was one of the four females in a four-woman tournament to determine the first ever KSW women’s champion. Not only of the strawweight division, but the first woman to wear KSW gold. In only her second professional bout, Karolina stepped in to take on Paulina Bonkowska. This was the second ever female bout in KSW history at KSW 21: Ultimate Explanation in December 2012. Karolina walked out of the cage with an unanimous decision victory to setup the inaugural strawweight title fight with Marta Chojnoska at the KSW 23: Khalidov vs. Manhoef card in June 2013.

In front of a buzzing crowd, Karolina put on a show in the Ergo Arena in Gdansk, Poland. As the inaugural strawweight title was on the line, Karolina ended the contest a little over one minute into the bout with a rear naked choke to earn gold in only her third professional MMA bout. The submission victory would be the first of two in her career. After a non-title matchup with Simona Soukupova at KSW 24: Clash of the Giants, Karolina defended her title for the first time at KSW 27: Cage Time.

First Title Defense and Exit to the UFC

Karolina’s only title defense came at a monumental event in the history of KSW. KSW 27: Cage Time showcased the currently-used circular cage which replaced the traditional white ring. Still in use to this day, the circular cage is a mainstay of KSW. Karolina shined again defending her title the way she won it, a first-round submission over challenger Jasminka Cive. This time her opponent was finished via armbar. After her title defense, Karolina ventured to Invicta FC for the Invicta FC 9 card. After one more non-title match at KSW 30: Genesis, Karolina would head for the big stage of the UFC.

Karolina went on an amazing run to start her UFC career. She won three in a row en route to earning a strawweight title shot at Madison Square Garden at UFC 205 against then-dominant champion, Joanna Jedrzejczyk. This would be the second time the two faced off, the first being Karolina’s one and only amateur MMA bout. Unfortunately for Karolina, she would face the same ultimate outcome to Joanna, a defeat. She remains a fixture at the top of the UFC’s strawweight division. To this day, she is the only KSW women’s strawweight champion in their history.

Continue to follow the “Inside the KSW Vault” series here only on MMASUCKA. KSW has contributed greatly to the world of MMA and this series aims to highlight those fighters and monumental events.