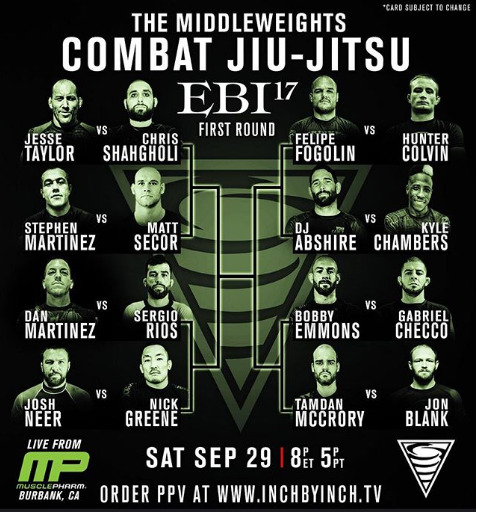 The seventeenth iteration of the Eddie Bravo Invitational is going down this Saturday evening. We will be bringing you full EBI 17 results all night long.

The entire event will feature combat jiu-jitsu between the middleweights.

Some notable names on the card are Jesse Taylor, Matt Secor, Josh Neer and Tamdan McCrory. Like most EBI tournaments, there will always be some underdogs that come out on top, so make sure you keep it locked to our results below to find out who the top dogs are.

Check out full EBI 17 results below.