What WME Should See: Leon Edwards 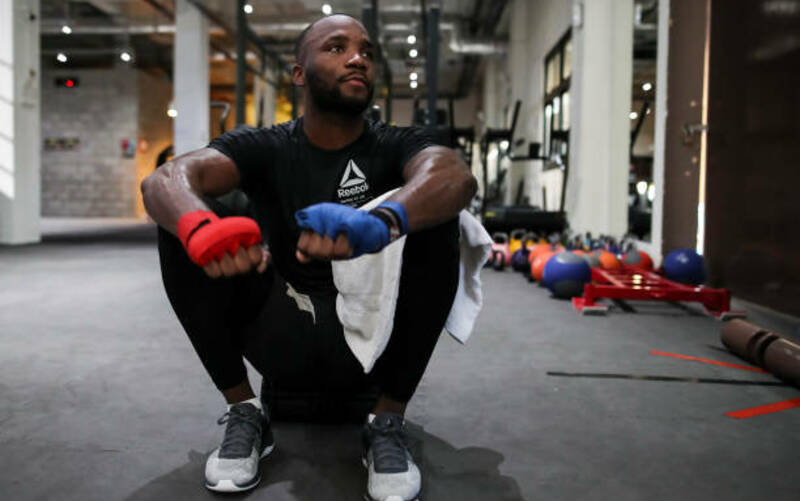 Far too often in MMA, fighters with fascinating backstories and unique talents are under-promoted. This lack of promotion is a massive blow to the wallets of these fighters, and, ironically, hurts the bottom line of the organization that makes such promotional missteps. In “What WME Should See“, we look at a fighter who should be getting a big push from their promoters, but for whatever reason isn’t, and detail just why – and how – they should. For today’s edition, we’ll take a look at Leon Edwards.

Leon “Rocky” Edwards (16-3 MMA, 8-2 UFC) competes in the UFC’s welterweight division. A native of Erdington, England, the twenty-seven-year-old Edwards competed on the U.K.’s regional circuit, including stints in Fight UK MMA and BAMMA, prior to signing with the UFC.

In the UFC, Edwards has compiled an impressive record, earning victories over notable names like Albert Tumenov, Vicente Luque, Bryan Barberena, and, most recently, Donald Cerrone.

The fight against Cerrone was contested in the main event of UFC Fight Night 132, which took place in Singapore.

On the surface, being a 16-3 fighter in MMA is incredibly impressive. When you add in an 8-2 record in the UFC, it becomes even more so.

If you explain that one of those losses was a 2012 disqualification due to an illegal knee, you’re left with just two other losses.

One of those losses was a 2014 UFC debut split decision to Claudio Henrique da Silva, who’s 12-1 as a pro (da Silva’s one loss was a DQ in his professional debut) and who hasn’t lost since 2007.

The other was a unanimous decision loss to a top contender, Kamaru Usman, in 2015.

Edwards has a resume few welterweights outside the top five can match, and his current six-fight winning streak puts him in exclusive company.

On paper, WME (and the UFC) has been bringing Edwards along nicely. There’s a clear, purposeful upward trajectory in the types of opponents Edwards has drawn, and there is a concerted effort to promote him, as he recently headlined an international card against one of the UFC’s most popular fighters.

However, there have been a few missteps that have led to Edward’s under-the-radar status.

I wanna know if I’m the only one who thinks this but in my opinion I believe Leon Edwards to be the best Welterweight in the U.K. I think the guy is criminally underrated and deserves more respect so that’s my thoughts… what’s yours?

While Edwards has been getting recognizable opponents and favorable card placement, the majority of his fights have taken place on the UFC’s least viewed cards: international Fight Nights.

If the aim is to maximize Edwards’ market value, that is antithetical to the usual star-making process.

The Way to Promote Leon Edwards

Put Him In Front of Viewers

Based on his nationality, it can be argued that Edwards has more influence in Europe than in the United States. The UFC recognizes that, and as such has kept Leon Edwards busy on the European circuit.

But, due to the UFC’s US-centric pay-per-view scheme, the majority of numbered, pay-per-view events in Europe are significantly limited. So for all of Edwards’ success, very little of it has been on highly watched television.

If Edwards could fight on a PPV main card, or on another UFC on FOX, that would certainly boost his popularity and his name recognition.

Leon Edwards’ last five fights have been chock-full of dangerous opposition. He faced three underrated up-and-comers in the form of Tumenov, Luque, and Barberena.

Next, he faced noted veteran, Peter Sobotta. Of course, his most recent fight was against Donald Cerrone, a bonafide fan favorite and star.

In order to keep building Leon Edwards, the UFC should continue that upward trajectory in opponents. He should face a top contender, someone squarely inside the top ten.

Names like Demian Maia, Jorge Masvidal, and one of either Neil Magny and Santiago Ponzinibbio stand out as possible opponents that keep Edwards climbing the welterweight ladder.

"[Masvidal] hasn’t fought in ages and now he’s off to play games in a reality TV show. It makes no sense to me. Let him go off and do his TV sh*t, but I’m here to fight and to test myself and I want a top-ranked guy" — Leon Edwards (@Leon_edwardsmma) https://t.co/emIVOhyk4z

WME has proven they know how to build, promote, and market the United Kingdom’s best. Fighters like Michael Bisping and Darren Till have become household names as a result of their fighting success and WME’s efforts.

Edwards can follow that path, too. The U.K. is a hotbed of MMA talent, but also of MMA fans. His success, coupled with his popularity, should magnify that fandom even further.

Keeping Leon Edwards active and having him fight on a main card shared by other U.K. talent are two ways to do just that.

Leon Edwards could very well be the next big thing out of the U.K. His quiet winning streak and his ascension up the welterweight ranks put him in a great position moving forward.

What WME should see is a surging, marketable, English star-in-the-making. And what they should do is promote him.