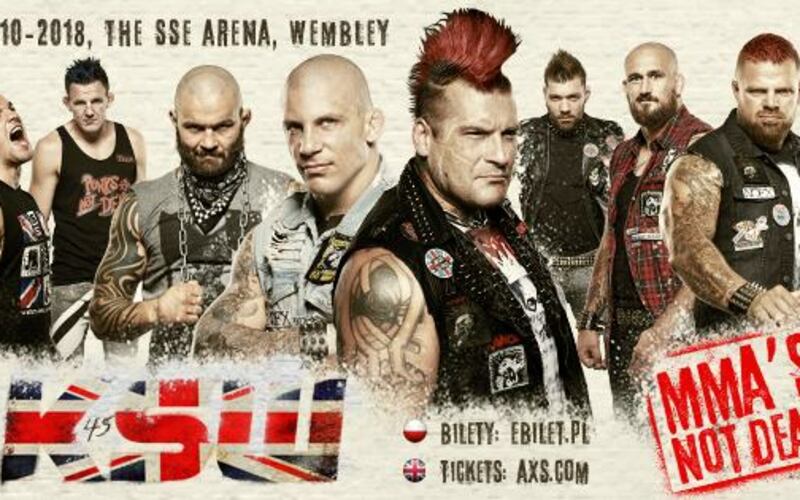 KSW 45 is set to take place Saturday, October 06, 2018 live from London, England on KSW.TV. The nine-fight card will feature the semifinals of the middleweight tournament to crown a new champion. The welterweight title will also be on the line in a highly anticipated rematch. A heavyweight showdown between champion Phil De Fries and former champion Karol Bedorf will top the bill. Stick with MMASucka for live KSW 45 results.

Follow MMA Sucka for live up to the minute result updates and a full review after the event.