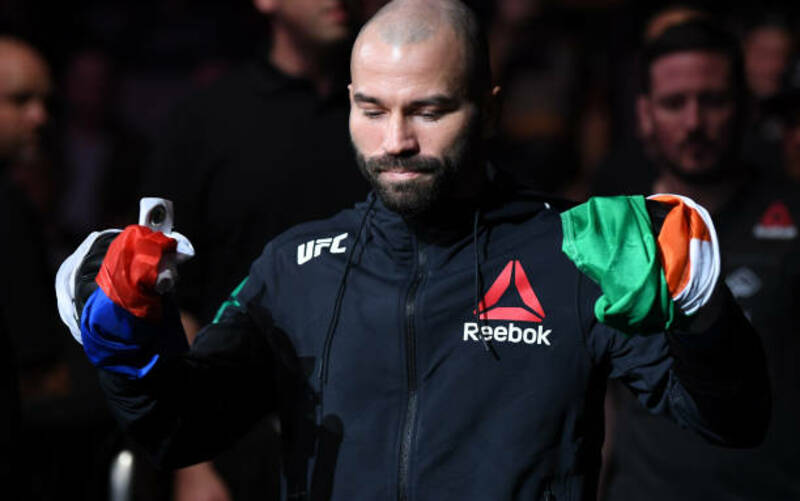 If you follow mixed martial arts more than the average fan, it’s likely you know the name Artem Lobov. If you have an active social media account in regards to the MMA community, it’s likely you’ve seen a meme or two (or 100) of the Russian fighter.

You’ve also probably seen countless posts asserting his GOAT (greatest of all time) status, ironically right next to a post calling him the worst fighter on the UFC’s roster.

Like in all things, the truth is likely somewhere in the middle.

Of his thirteen wins, four have come via knockout, two have come by submission, while the majority (seven) have been decision wins.

So when Lobov claimed ahead of his main event clash with Cub Swanson that “now that Conor is gone from the division, I’m the hardest hitter of the division by a long shot,” to MMA Fighting, it opened him up to a barrage of jokes and criticism.

Yet, Lobov only did what so many other fighters would, and have done: self-promote and maintain (perhaps irrational) self-belief.

Lobov’s overall win percentage (43.33%; 13/30) is objectively bad and is one of the legitimate criticisms that has dogged his career.

Ah, yes. Conor McGregor. The reason why this whole argument over Lobov and his UFC merit has even transpired.

Lobov’s detractors all of his successes – and his opportunities in general – have come only as a result of his relationship with the former two-weight UFC champion.

There’s a fair and legitimate point to be made there. It’s very rare to have a losing record and be in the UFC in general, especially in the men’s featherweight division, one of the promotion’s best.

Likewise, it’s hard to justify the high-profile nature of some of Lobov’s opponents and fight placements. He fought then-fourth-ranked featherweight contender, Cub Swanson, in the main event of UFC Nashville.

Then, just this past weekend, he fought former top lightweight contender, Michael Johnson, in the co-main event of UFC Moncton.

And of course, on the Ultimate Fighter Season 22, of which Lobov was a part, he received the out-of-the-blue ‘Wildcard’. He was brought back onto the show despite a loss, an opportunity bestowed upon him by – you guessed it – his coach, Conor McGregor.

Now that the “haters'” and detractors’ cases have been laid out, it’s important to answer all of the asterisks and caveats.

On that Ultimate Fighter season, after receiving the wildcard, Lobov made the most of his opportunity. He went on a run few have matched in the show’s history: knocking out the three opponents he faced post-wildcard.

After dropping the Finale bout to alternate Ryan Hall, Lobov signed to the UFC. The signing itself is virtually uncontested, as Lobov was a TUF finalist and had the aforementioned three TUF KOs.

He dropped a decision to Alex White but then won decisions of his own against Chris Avila and Teruto Ishihara.

He faces Swanson in the main event of UFC Nashville despite no wins over ranked opponents, a 2-2 UFC record, and wins over Avila and Ishihara.

While Lobov lost to Swanson, as many expected, he took the perennial contender the distance, a feat many who attack him seem to disregard.

The same can be said for the Johnson fight almost to a ‘T’.

So while it’s true that Artem Lobov, a fighter with a below .500 win percentage and a 2-5 UFC record, gets treatment far better than comparable fighters (likely as a result of his connection to McGregor), he’s also more talented and infinitely more respectable than his “haters” would admit.

Lobov is a fighter who has never said “no” to a fight, despite being objectively outmatched and universally counted-out. He’s a fighter who pledged to return his opponent’s weight-miss-induced fine out of respect and gratitude that he took the short-notice fight.

He’s a fighter who, through no fault of his own, has become the butt of the joke and the recipient of a disproportional amount of criticism.

That isn’t to say that criticism isn’t warranted, and certainly not that it isn’t allowed. It just means that it isn’t Lobov who those (justly) complaining of unfair treatment should blame.

The truth of Artem Lobov lies somewhere in the middle. He has in the past received and continues to receive disproportionately high-profile fights and opponents, almost certainly thanks to his relationship with McGregor.

Yet, he had also overperformed in each of those opportunities and has made none of them happen of his own accord.

So, is Artem Lobov the GOAT? Or is he the worst fighter on the roster? Neither.

He’s a fighter who fulfills his contractual obligations. He fights.