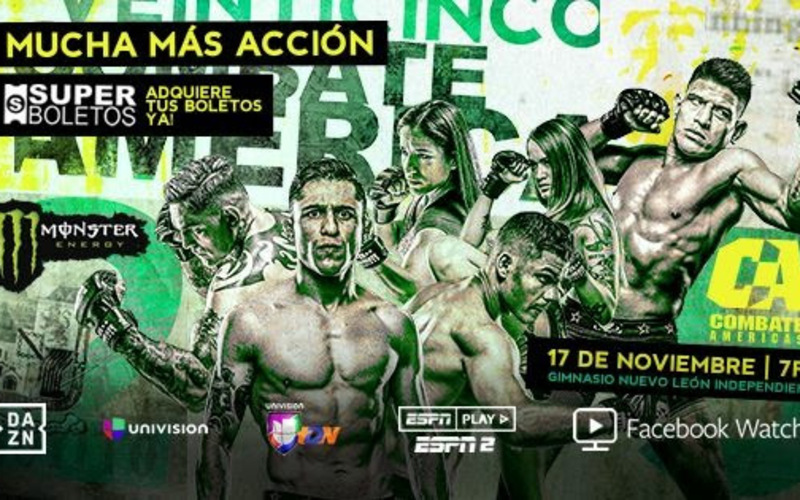 The addition of the night’s main event between the two 28-year-old athletes completes the fight card, which will take place at the Gimnasio Nuevo Leon Unido.

A native of Monterrey, Mexico, who now fights out of San Diego, California, Erik “El Goyito” Perez (18-6) will be seeking his sixth-straight win following a successful Combate Americas debut back in April. Here he avenged a previous defeat to David “DJ” Fuentes by scoring a third-round knockout in the main event of Combate Estrellas II. This, coincidentally, was the same venue as the upcoming Ayala clash.

With twelve of his career wins coming by way of finish, Erik Perez left the UFC on a three-fight winning streak to sign with Combate last November. The card will also feature two of Perez’s brothers, as older brother Ivan and younger brother Jair are slated for action as well.

“El Goyito” was originally scheduled to face John Castaneda earlier this month in a headliner, but the bout was called off after Castaneda was forced to withdraw due to a staph infection.

Fighting out Bogota, Colombia, Andres “Doble A” Ayala (12-6) is one of his country’s top-ranked bantamweight athletes. He heads into Monterrey to make his Combate debut on the heels of a knockout win against Guido Gongora in the main event of Striker Fighting Championship 25 in Barranquilla, Colombia.

The Colombian looks for the twelfth finish of his career against Perez.