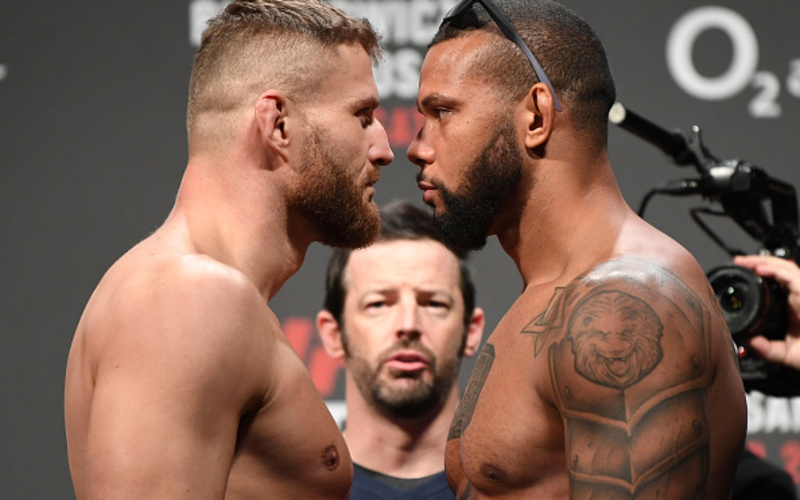 The UFC will make its first trip to the Czech Republic as they head to Prague for UFC Fight Night 145. In the main event, Jan Blachowicz will take on Thiago Santos in what should be an exciting light heavyweight main event. Both men are on win streaks with Blachowicz winning his last four and Santos winning his last three. They both have a common opponent in Jimi Manuwa as both men faced him recently. Blachowicz took him on last year at UFC Fight Night 127, defeating him by unanimous decision. Santos also faced him last year, at UFC 231, in his second light heavyweight fight of his career. They put on an exciting fight before Santos finished it in the second round by knockout. Both men will be looking to put themselves in a solid position for a title shot with a win.

In the co-main event, Stefan Struve returns to the cage to take on Marcos Rogerio de Lima. Struve will look to snap a three fight losing streak while Lima looks to win his second straight fight.

Before the co-main event will be a light heavyweight fight between Gian Villante and Michał Oleksiejczuk.

Kicking off Saturday’s main card will be a catchweight fight between Magomed Ankalaev and Klidson Abreu. Following that fight will be bantamweights as John Dodson takes on rising talent, Petr Yan. The third fight on the main card will be in the women’s flyweight division as former women’s bantamweight title challenger, Liz Carmouche takes on Lucie Pudilova.

Follow along with MMASucka as we provide you with the results throughout UFC Fight Night 145.