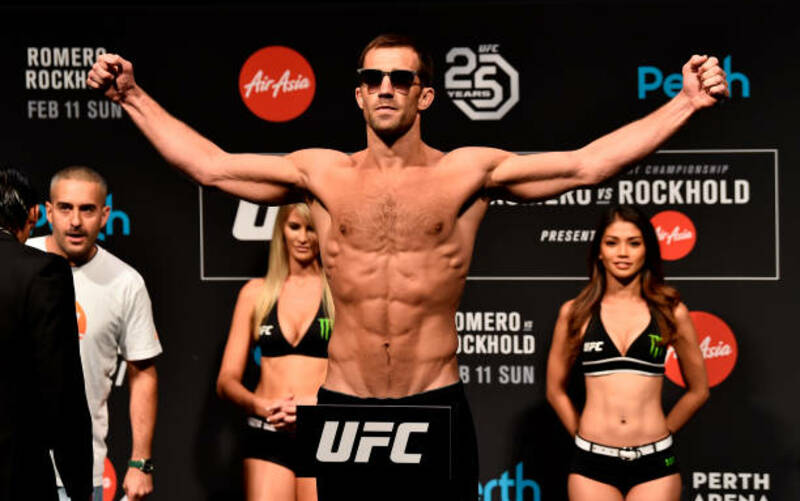 Luke Rockhold will be making his return to the Octagon on July 6th at UFC 239. The former UFC and Strikeforce middleweight champion will be stepping up in weight to face the number six light heavyweight contender Jan Blachowicz.

Reported by ESPN’s Brett Okamoto on Instagram, this fight is expected to take place during international fight week in Las Vegas.

Since capturing the middleweight title from Chris Weidmann at UFC 194, Luke Rockhold hasn’t had much luck at 185 pounds. He lost his title via knockout to longtime foe Michael Bisping in his first defence. He went on to defeat David Branch via submission due to strikes in his next fight. In the bout, however, Branch caught Rockhold and seemingly rocked him, making Rockhold’s win far from convincing. He was then scheduled to fight Robert Whittaker for the middleweight title at UFC 221. Whittaker pulled out of this bout however and Rockhold was matched up against Yoel Romero. Again Rockhold came up short, getting brutally knocked out by the Cuban.

Having been out since February 2018, fans are curious to see what waves Luke Rockhold can make at 205. He described 205 pound champion Jon Jones as ‘beatable’ and that he is moving up to ‘get after’ the champ. Rockhold has always struggled to make 185 pounds and many are glad to see him move up. It is well documented that he often suffers injuries as a result of cutting a large amount of weight during camp. Hopefully, the move up in weight will prevent these injuries from occurring as frequently.

Jan Blachowicz has been a perennial contender at 205 pounds for a number of years. The ‘nearly man’ in the division, many contenders must go through Blachowicz to be regarded as the best at light heavyweight. Most recently he came up short in the main event of UFC Prague against Thiago Santos. Following this loss, we selected him as one of the events biggest losers, as he was riding a four-fight win streak at the time, and would have likely been closer to the title with a win.

A win over the highly regarded Luke Rockhold will propel Blachowicz straight back into the title picture. He was rumoured to be facing Alexander Gustafsson in a rematch at UFC Fight Night 152. However, Blachowicz was dealing with injuries and wasn’t able to agree to the fight. The match-up in July gives him more time to heal these injuries and prepare to welcome Luke Rockhold to the light heavyweight division.

No other fights have been booked for UFC 239, however, we expect this to change soon enough. Keep an eye out on MMAsucka for upcoming bout announcements!