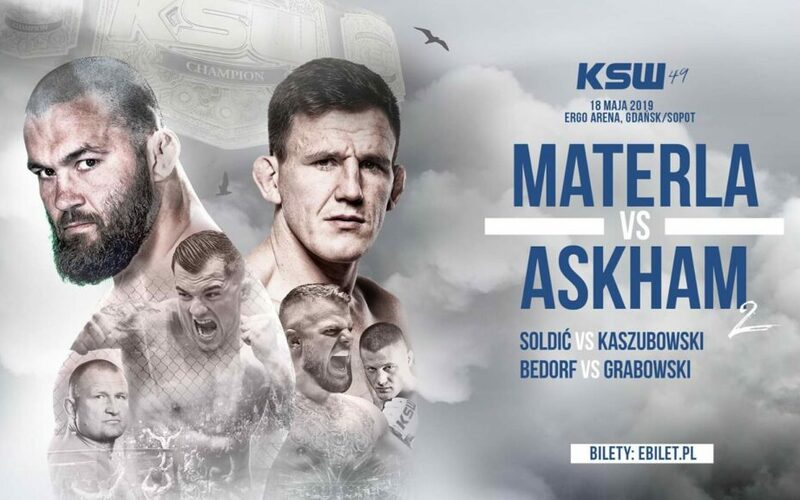 With KSW 47: The X-Warriors now in the rear-view mirror and KSW 48: Szymanski vs. Parnasse on the horizon, the main event for KSW 49, set to take place May 18, 2019 from the ERGO Arena in Poland, was announced. The finals of the four-man middleweight championship tournament will finally crown a new king with Scott Askham taking on Michal Materla for their second encounter.

MMA Sucka spoke with Askham who stated preparation for the title fight is going great. “I’ll do everything I can to win the belt! I feel I have a massive advantage going into the fight having a win over him, but not underestimating him one bit,” Askham stated. “I would love to fight every one of my losses again so he’s getting an opportunity to right a wrong and I know he will be preparing hard but so am I. This is a massive moment in my career and I will not let it slip away.”

The co-main event of the night will feature another title up for grabs as welterweight champion Roberto Soldic defends his title against Krystian Kaszubowski. The undefeated challenger is 2-0 since signing with KSW, both wins by first round knockout. In addition, a heavyweight battle between former champion Karol Bedorf and long-time Polish veteran Damian Grabowski has also been announced. Stay tuned to MMA Sucka for all things KSW.