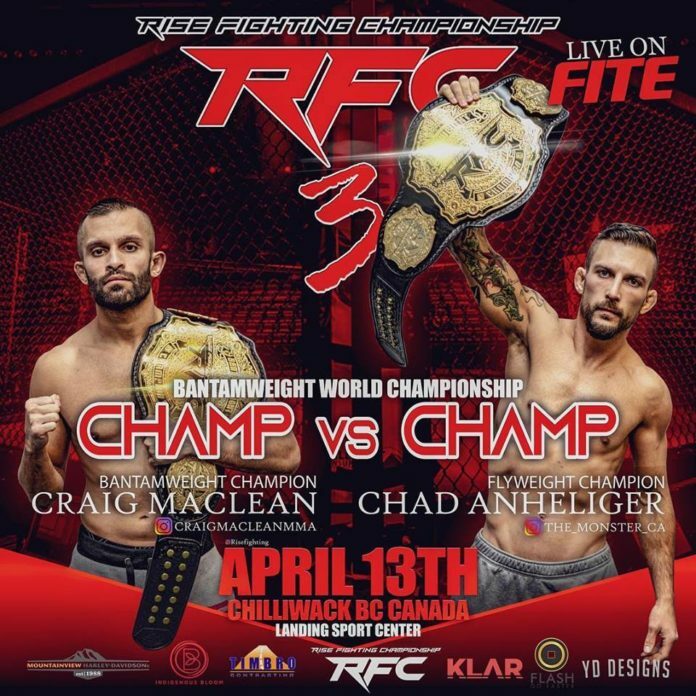 Rise FC returns for their third show on April 13 in Chilliwack, British Columbia. The promotion released the full fight card for Rise FC 3 earlier this week.

The main event features the return of Sabah Fadai, the president of Rise FC will take on late replacement D’Juan Owens. Craig Maclean will put his bantamweight title on the line against featherweight kingpin Chad Anheliger in the evening’s co-main event.

A heavyweight banger will also be featured on the main card, as Toshido MMA’s Justin Doege takes on Terrence Spina. Jamie Siraj looks to solidify himself in the 135-pound division against Gabe Sagman. An exciting match-up between Josh Kwiatkowski and Jorge Alcala will also take place on the main card portion of the show.

That is not all. A welterweight battle between two of the top prospects in North America will take to the cage, as Saeid Mirzaei faces off with Killian Estes. And kicking things off on the pro card are female standouts Lupita Godinez vs. Kaiyana Rain.

If you can’t make it to the Landing Sports Center in Chilliwack, Rise FC 3 will air live on Fite TV.