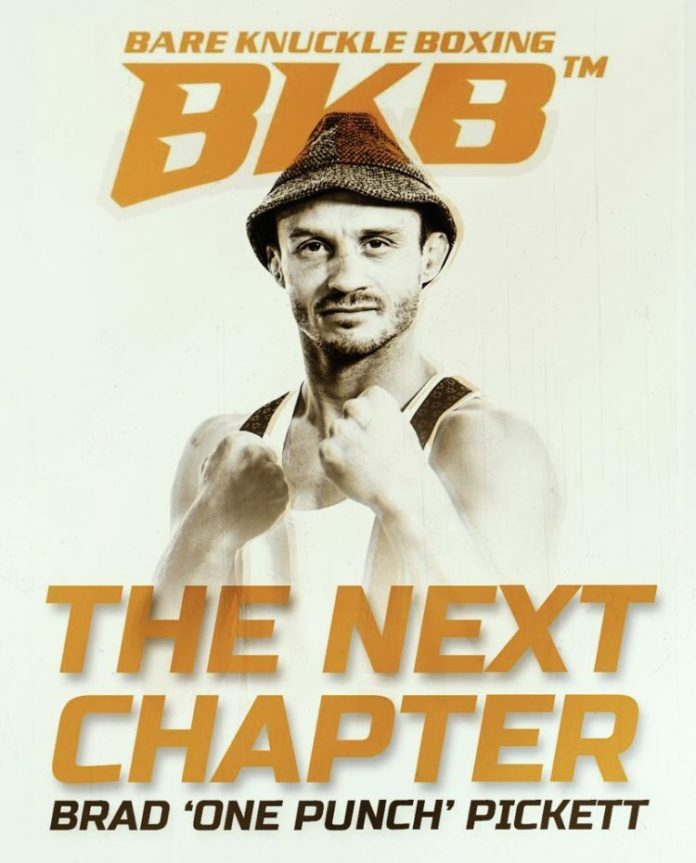 On Saturday, March 30, live from the O2 Arena in London, England, BKB 16 goes down live on iPPV courtesy of FITE TV.

The England-based bareknuckle boxing promotion brings yet another fun show to the world famous arena. This time, the event is topped by a highly-anticipated debut featuring an English legend in the form of Brad “One Punch” Pickett.

The UFC, WEC veteran returns to combat sports two years after retiring from mixed martial arts. Though this time instead of fighting in the UFC, he heads to the BKB ring in his backyard to do what he does best; box. He takes on Mark Handley.

The event sees another UK MMA veteran compete as heavyweight brawler Mark Godbeer debuts against Mickey Parker. The UFC veteran is a former BAMMA champion, and he’s hoping to make his mark in the world of bareknuckle boxing.

The card is rounded out with many fun match-ups, namely Smudger Smith vs. James Connelly. The night will feature four title fights and the semi-finals of the Prizefighter Tournament.

Check out the full card below, updated with results as the event progresses.