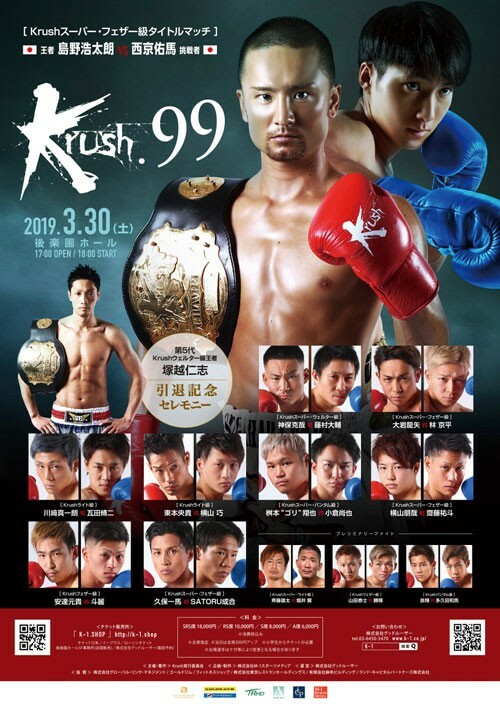 In what will be the last event from Krush as a standalone brand, they head Korakuen Hall in Tokyo, Japan tonight for Krush 99.

After this Krush 99 fight card, Krush will be re-branded as ‘K-1 KRUSH FIGHTS’ and essentially become a B-Tier show for K-1 Japan.

Krush 99 will be a celebration of sorts for what was ten fantastic years of Krush as a kickboxing promotion. features numerous exciting contests, including a super featherweight title fight as Kotaro Shimano looks to defend his title against Yuma Sakiyo. The champion looks to win his fourth-straight bout in Krush.

The co-main event is a pivotal welterweight clash between Jinbo and Fujimura. The Krush welterweight title-holder, Jordann Pikeur, most recently fought at K’FESTA.2.

Check out the full card below, this will be updated with results.