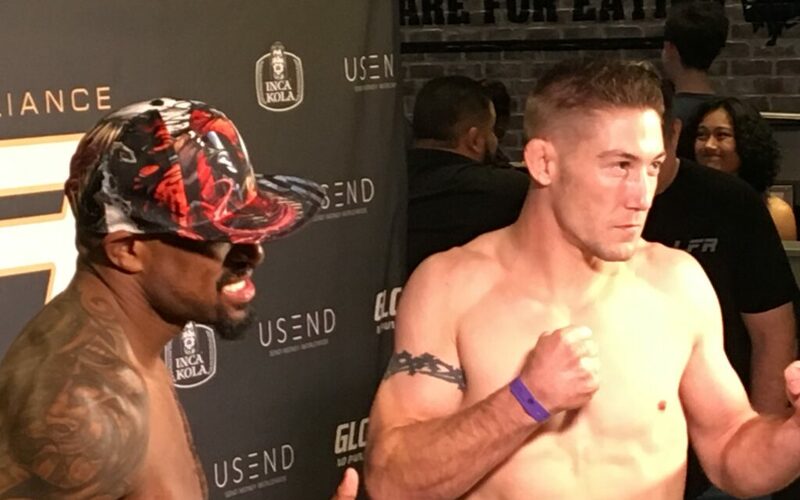 Deep in the Heart of Texas, LFA 63 is Looking for a Fight

LFA 63 is upon us as former LFA welterweight champion Derrick Krantz takes on Bellator veteran Justin Patterson in a bout that will most likely determine the next 170 lb. title contender. Both men came in on weight yesterday and will be looking to further their current win streaks.

In the co-main event two undefeated featherweight prospects will face off when Jake Heffernan takes on Gabriel Silva. Heffernan attempts to find his second win under the LFA banner while Silva, the younger brother of former UFC veteran and current Bellator fighter Erick Silva, will be making his promotional debut.

Also on the card Hailey Cowan will try to add another highlight reel finish to her resume as she takes on Sarah Click in a woman’s flyweight bout. Cowan, a former two-time National Collegiate Acrobatics and Tumbling Association (NCATA) All-American at Baylor, is a hometown favorite who has finished her last two bouts in devasting TKO fashion.

Dana White will be in attendance as well, filming for his “Lookin’ for a Fight” series which is expected to make its premiere sometime later this year.