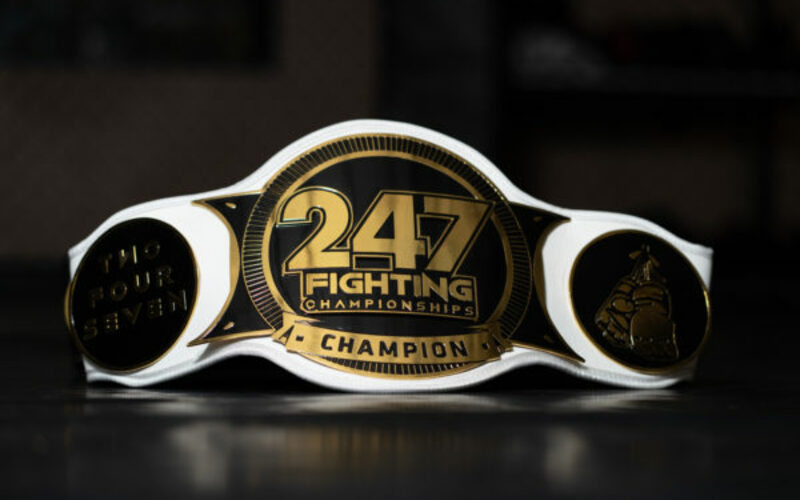 The long awaited debut of 247 Fighting Championships is finally here. Steeltown Throwdown is set to take place tonight at the Printscape Arena in Canonsburg, Pennsylvania. The fight card features three professional fights and four amateur fights, and will begin at 7:00 pm ET. MMASucka will have you covered live with Steeltown Throwdown results.

The card’s main event features a lightweight showdown between Pennsylvania’s top lightweight Khama Worthy and Nebraska’s Joey Munoz. The promotion has been advertising this as potentially being Worthy’s last fight for a regional promotion. In the world of mixed martial arts, the bigger names are starting to take notice of Worthy’s skills. Munoz will be looking to spoil the moment for Worthy, and head back to Nebraska with a huge win under his belt.

Elsewhere on the professional side of things, Brett Shoenfelt is making his return after a three year layoff. He will be facing off against Dustin Parrish of American Top Team, who made the trip to Canonsburg from Indiana. Finally, the third professional fight is a showdown between Ethan Goss and Elijah Cavender. 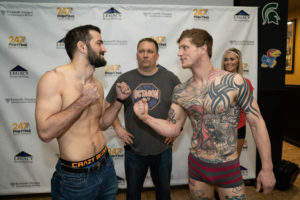 On the amateur side of things, we have a battle between Pittsburgh, Pennsylvania and Buffalo, New York. In a light heavyweight contest, Jamie Hare of WNY MMA will battle Pittsburgh’s Adam Oatman, who represents Octane MMA. There will be two 150 pound catchweight amateur fights. In one, Stout Training’s Alan Liu will take on WNY’s Derrick Patterson. The other 150 pound catchweight fight is between Canonsburg’s Rob Licht and Pat Carrasquillo, who also represents WNY MMA. Finally, there is a 190 pound catchweight fight between Stout’s Tre Blackmon and Jake Braunscheidel of Buffalo, which is a fight that is expected to be among the best of the night. 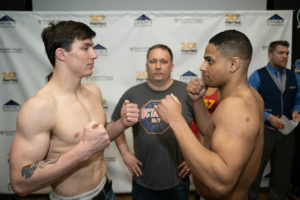 Jake Braunscheidel def. Tre Blackmon via submission (Americana) at 1:37 of Round 2
Adam Oatman def. Jamie Hare via submission (standing guillotine) at 0:53 of Round 2
Alan Liu def. Derrick Patterson via unanimous decision (29-28, 29-28, 29-28)
Pat Carrasquillo def. Rob Licht via unanimous decision (29-27, 29-26, 29-27) *Carrasquillo was deducted a point due to an illegal strike to a grounded opponent*