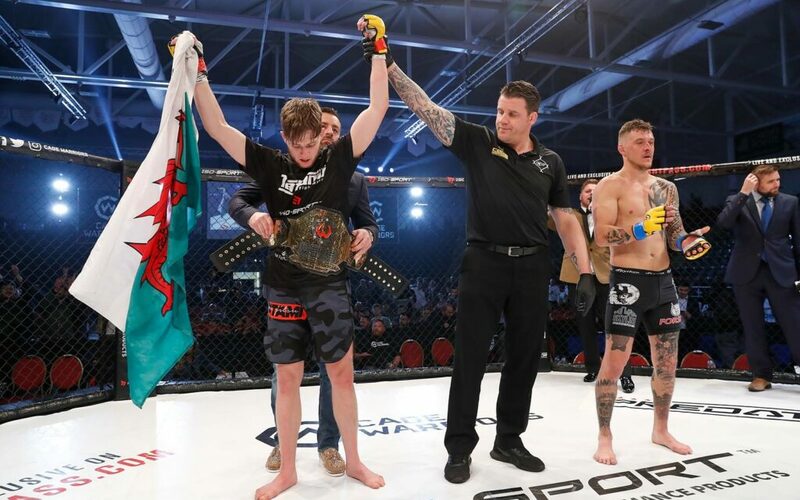 Jack Shore successfully defended his Cage Warriors bantamweight title for the first time. He stopped his opponent Scott Malone in the third round with a rear-naked choke in the main event of Cage Warriors 104 in Cardiff, improving his professional record to 11-0.

Shore’s win capped off a clean sweep for Welsh fighters on the professional card, with victories from Mason Jones, Cory McKenna, Kris Edwards, Josh Reed, Oban Elliott and Ben Ellis helping the country to go 7-0 on the night.

A clean sweep for the Welsh at #CW104 is completed by the champ, with a win via RNC 💪 pic.twitter.com/U2193hqdiz

After the fight, which streamed on UFC Fight Pass, Shore talked about a possible move to the UFC, when asked about his future. ”I think I’m ready for the next big step, but first I want to talk to Graham Boylan (Cage Warriors president) and my team. I’m still under contract with Cage Warriors and I love it here, so let’s see what the future brings. I feel like I’ve taken out everyone there is to take out”.

Welterweights Aaron Khalid and Tom Watson were supposed to co-headline the CW 104 card, but the bout was scrapped in the last minute after Watson wasn’t medically cleared to fight. Lightweights Mason Jones and Donovan Desmae took over the spot and delivered with a back-and-forth battle. In the end, Jones got the nod from all the judges and as a result, he is still undefeated (7-0). The Cage Warriors lightweight title is vacant, and Jones would love to get a crack at the title.

His star continues to rise through the Cage Warriors roster 💫 #CW104 pic.twitter.com/gM6YIQTrI1

All the Welsh fighters on the card won their fight, and the crowd couldn’t ask for more. Above all, it was a perfect night for Cage Warriors president Graham Boylan, who immediately after the event announced that Cage Warriors will return to Cardiff on October 12th, for yet another title defence by bantamweight champion Jack Shore.

Cardiff, we're BACK on October 12th! 🙌 World champion @jackshoremma will defend his belt once again at the Viola Arena 👑