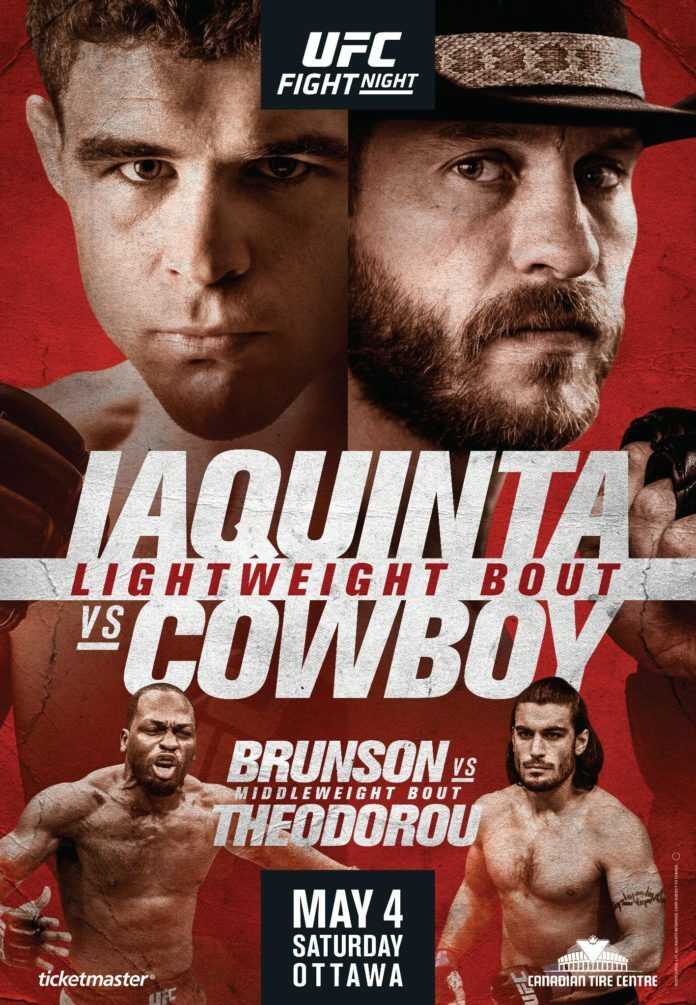 The UFC returns to Canada this weekend for UFC Fight Nigh 151, live from the Canadian Tire Centre in our nation’s capital, Ottawa, ON! In the main event, “Ragin'” Al Iaquinta will square off with Donald “Cowboy” Cerrone in a guaranteed barnburner! Underneath the pair, however, people are wanting to make a mark with promoters and fans. With uniforms now de rigeur for UFC athletes, one of the few ways they have left to stand out as individuals is with walkout music. Some have a had entrances that were a little off-brand. Others just need a boost for their UFC Fight Night 151 walkout songs. That’s why I’m here. As MMASucka.com‘s resident musicologist, I’m here to offer suggestions that would help these fighters become more memorable as a brand. I’m even doing it publicly, for your entertainment. So, without further ado, here… We… Go!

What he last walked out to: “Oats in the Water” – Ben Howard

What he should walk out to next: “Do You Bleed?” – Hans Zimmer and Junkie XL

You don’t take on a nickname like “Superman” and walk out to a song that sticks somewhat to that brand. “The Korean Superboy” Doo Ho Choi knows this, but sadly, Brad “Superman” Katona does not. While the downtempo folk of Ben Howard does have a charm to it for a walkout, it’s not quite on-brand with Katona’s nickname. A track with a similar vibe that would work for the TUF 27 winner would be “Do You Bleed?” by Hans Zimmer and Junkie XL. The stirring and foreboding piece from the movie Batman vs. Superman – Dawn of Justice would be a little more appropriate. You can hear it below.

What he should walk out to next: “Gonna Be a Fight Tonight” – Danko Jones

Kyle “The Monster” Nelson made a mistake many hometown fighters make in his last fight: He walked out to the same damn Diddy song that so many other fighters before him have walked out to. I get it, Nelson is a proud Canadian. That’s why he should be supporting Canadian artists with his walkouts. Artists like Danko Jones, whose hard-driving “Gonna Be a Fight Tonight” has amazingly never been used as part of a fighter’s entrance. This needs to change, and Nelson can change it. You can hear the song below.