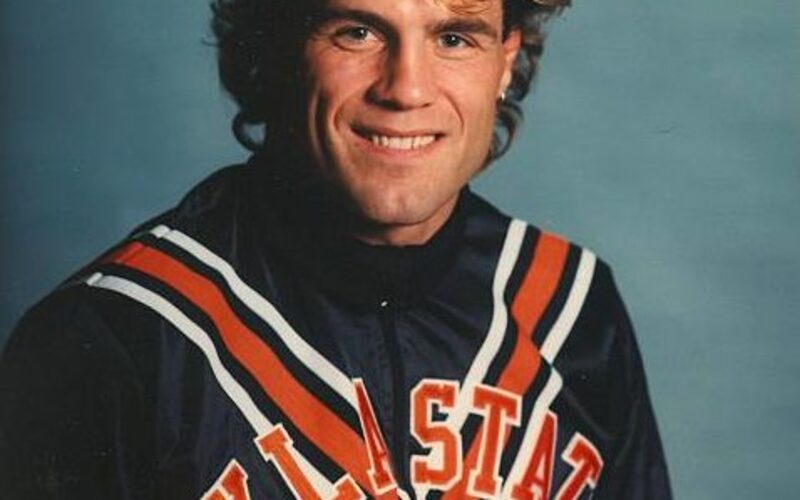 Following his outstanding 3rd place finish at the Division 1 NCAA wrestling championships in March, two-time All-American Sebastian Rivera published an article titled, “Which Fighting Styles Generate the Most UFC/MMA Champions?” for Vividseats.com. A lifelong wrestler with MMA aspirations of his own, it’s natural for Rivera to approach the subject with bias, but the numbers don’t lie.

By Rivera’s estimation, based on data pulled from ESPN, 28 UFC champions have come from the sport of wrestling, making it the most prevalent base for UFC gold.

To build on that premise, and Rivera’s aesthetic graph-work, I will focus specifically on undisputed UFC championships won by wrestlers with folkstyle wrestling backgrounds.

It should be noted that fighters like Dominick Cruz and Benson Henderson were credited to other disciplines in the aforementioned graph, but they are, in fact, folkstyle wrestlers. Fighters like Randy Couture went on to have outstanding careers in other styles of wrestling and even striking combat sports before transitioning, but that doesn’t change the fact that folkstyle was their base martial art. After eliminating the wrestlers from the list who have not competed in folk, and adding fighters like Cruz who should be considered, I have arrived at a new total.

If you’re less familiar with the sport of wrestling, or are not from the United States, folkstyle might not mean anything to you. Folkstyle can describe a variety of rulesets and modes of competition, it’s simply the style native to a certain culture. I’ll do my best to explain it simply, but T.P. Grant and Coach Mike Riordan at Bloody Elbow did a fantastic, in depth history of wrestling styles. Fascinating read, even if you’re a longtime wrestling fan, you’ll learn something.

In the United States, folkstyle is the predominant style used in interscholastic competition in high school, and a slightly modified version is used at the college level. After college, that’s it for organized folkstyle competition at a high level. To win World and Olympic championships, wrestlers will have to choose a career in either freestyle or Greco-Roman.

Folkstyle rewards control above all, a takedown isn’t a takedown until clear control is established, you can’t score points without sustained manipulation. In freestyle, you can score off more fleeting moments, seeking to expose your opponents back to the mat, regardless of the length of exposure. The most obvious clash in styles is folkstyle’s emphasis on mat wrestling.

Let’s get into the list of all UFC champions with folkstyle backgrounds, then consider why folkstyle is such a prolific base.

For the purposes of counting folkstyle’s UFC champions, all who wrestled in college will be added to the tally. We’ll look at the high school wrestlers on a case-by-case basis. Of course, we’ll count people, not titles.

I won’t claim Tim Sylvia, but I could, considering his roots in Iowa and time training with a camp of wrestlers at Miletich Fighting Systems. Frank Mir took up wrestling on a whim, and only competed in the sport for a few short years. Nevada is hardly a competitive wrestling state, so it’s not exactly proof of his base in the sport that he won a title.

Barnett, I’m taking. While his style is certainly more along the lines of catch wrestling than folk, he started his martial arts training in folk, it counts.

The only fighter I could see anyone trying to remove from the list is Chuck Liddell. UFC commentators foolishly declared that Liddell “used his wrestling in reverse”, which suggests that takedown defense is not a part of wrestling. Considering Liddell made a career off of knocking out grapplers, his wrestling was extremely important. It takes serious skill and committment to even make a Division 1 team, so Chuck stays.

Rockhold wrestled all through high school, and his greatest strength is his top game, the emphasis of folk. But to make things fair, I won’t claim him.

*Pat Miletich informed MMASucka that he left Sioux Empire College early to take care of his ailing mother. SEC no longer exists due to a massive case of embezzlement by the faculty and dean. According to Miletich, “I’m the one that figured it out and alerted authorities.”

You can have Lawler and Serra, wrestling is important to both of their styles, and is likely the foundation of their athleticism, but this is a generous list.

There have been three featherweight champions, two are not Americans so that rules out folkstyle, and Max Holloway did not wrestle prior to his MMA training as far as we know.

Garbrandt briefly attended Notre Dame College to wrestle, but left almost immediately. Dominick Cruz had little success as a high school wrestler in Arizona, but it is absolutely the foundation of his style and the glue that holds it together.

That Henry Cejudo guy didn’t wrestle in college, but he had moderate success in freestyle later on.

Why are there so many?

Our grand total, given my own opinions about who is and is not a folkstyle wrestler at their core, is 33.

Joe Rogan famously goes on about how wrestling is the most important skill in MMA, because it theoretically enables fighters to determine “where the fight will take place.”

That may be a factor, but I have other thoughts.

The sport of wrestling is extraordinarily demanding. Those in it who train long enough to become successful have endured years of brutal conditioning, developed insane grip and overall strength, and often have a great deal of explosive power for situation specific movements. Not every wrestler posseses these qualities, but they are extremely common at a high level.

In short, great wrestlers, more often than not, have become extremely athletic in certain domains. Domains that are excellent for mixed martial arts. When you start to look at the higher weight classes, base athleticism becomes increasingly harder to find, making athletes with a base skill-set apex predators.

But there is a caveat.

Other than possibly jiu-jitsu, no sport is sending its best athletes into MMA like wrestling has and continues to do. Given that there is not yet a professional outlet for wrestling, MMA is the most obvious path to becoming a professional athlete. While jiu jitsu is a great base for MMA as well, the sport in an organized sense isn’t nearly as old or developed as wrestling is, and the emphasis on athleticism is completely different.

Overall, “world class” athletes are excellent at developing skills and adapting their athletic style. If dozens of Division 1 college basketball players started transitioning to MMA after graduation, you’d see plenty of them in the UFC sooner than later.

When the day comes that MMA is paying athletes as other professional sports do, you’ll see plenty of different athletic disciplines represented at a high level.

But for now, wrestling is king.