Jack Shore Bound for the UFC 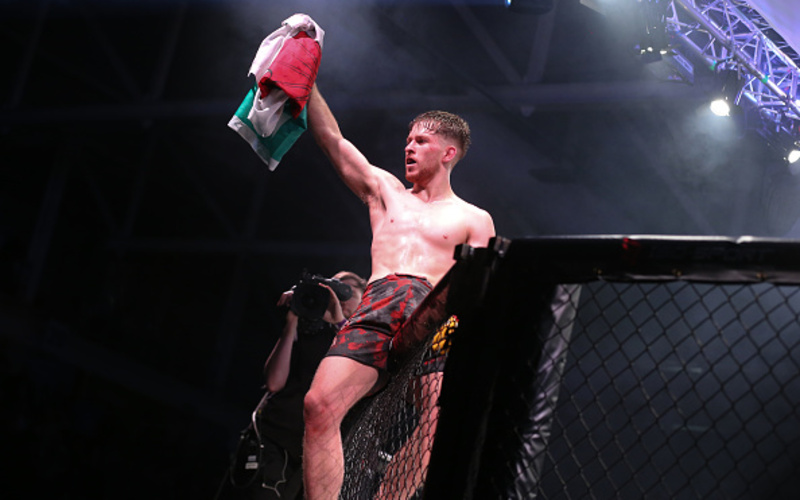 One of the hottest prospects in UK MMA Jack ‘Tank’ Shore has signed with the UFC. Shore is the Cage Warriors bantamweight champion and at 11-0 is yet to taste defeat as a professional. It was announced by Cage Warriors president Graham Boylan on Instagram that Shore had signed with the big leagues. In the post, Boylan stated he was ‘super happy to hand Jack his UFC contract’. Shore himself added that ‘all the hard work has paid off’ when speaking to MMAFighting.

Holding an impressive 12-0 amateur record, Shore turned professional in 2016. In his 11 professional fights, the 24-year-old Welshman has only gone to decision once. Having finished six of his fights by submission and four by knockout, it is clear how much of a well-rounded style he has.

Shore is no stranger to the spotlight. During his time fighting for Cage Warriors, he headlined three shows, including Cage Warriors 100, the biggest show in their history. He most recently headlined Cage Warriors 104, defending his bantamweight belt with a third round rear naked choke.

Jack Shore joins an elusive group of former Cage Warriors champions who have made it to the UFC. Conor McGregor, Michael Bisping, Dan Hardy, fellow Welshman Jack Marshman and more recently Nad Narimani and Nathaniel Wood are all part of this group.

UK fans in particular will be looking forward to Tank’s debut. The American audience will inevitably become fans of his due to his captivating style. Keep an eye out on MMASucka to find out when Shore’s debut will be and who he’ll be fighting.