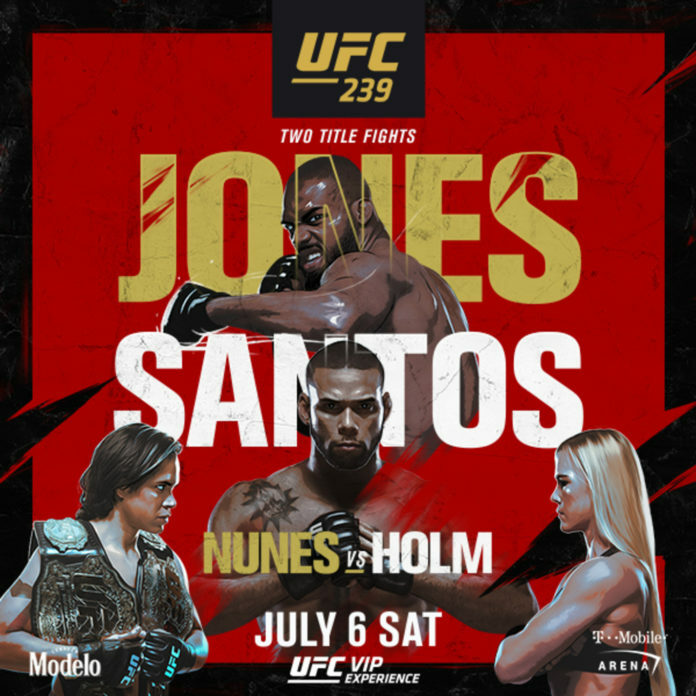 The UFC celebrates the July 4th long weekend by going home to the T-Mobile Arena in Las Vegas, NV for UFC 239! In the main event, Jon Jones squares off against Thiago Santos in a defense of his UFC Light Heavyweight Championship. Below that, Amanda Nunes will defend her bantamweight title against Holly Holm. Still below that, there are a lot fighters on the card who need a little help standing out. With the Reebok policy in place, one of the few ways left to do that is with entrance music. That’s why I’m here. As MMASucka.com‘s resident musicologist, I’m here to offer suggestions that would help these fighters become more memorable as a brand, starting with their UFC 239 walkout songs. I’m even doing it publicly, for your entertainment. So, without further ado, here… We… Go!

What he last walked out to: “Turn Down For What” – DJ Snake & Lil’ Jon

Honestly, I had this idea for Diego Sanchez’ UFC 239 walkout song a couple of months ago after watching “Teen Titans Go! To the Movies” with my kids. I even tweeted at Diego that I was going to do this. To which he, amazingly, gave a like. So, kudos to the man for having a sense of humor. But listen to the “Upbeat Inspirational Song About Life” below, and you’ll know it’s perfect for Diego.

What he last walked out to: “God’s Gonna Cut You Down” – Johnny Cash

What he should walk out to next: “I’m a Road Hammer” – The Road Hammers

Sadly, for Jack Marshman, “God’s Gonna Cut You Down” is up there with “Ambitionz as a Rydah,” “Till I Collapse,” and “Fight Song” as far as over-used walkout songs in the past decade. So, let’s put a little moratorium on that song, great as it is, for a couple of years. So, what should whalloping Welshman walk out to, then? Well, if we’re going to keep it country, then “I’m a Road Hammer” by the Road Hammers. You can hear it below.