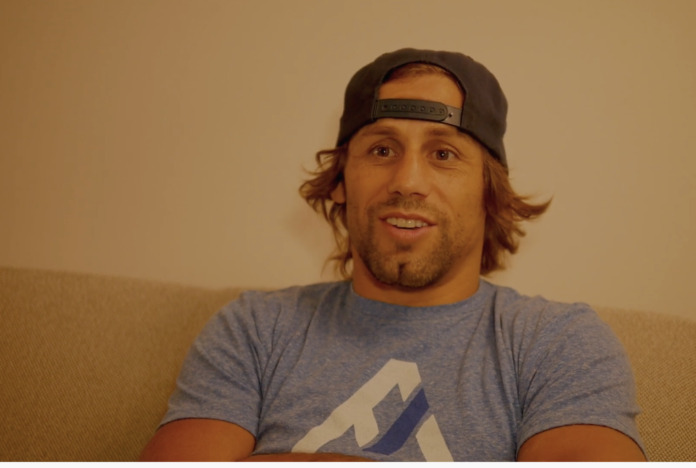 UFC bantamweight Urijah Faber was in Vancouver, British Columbia to host a Q&A prior to UFC Fight Night 158. MMASucka caught up with the UFC Hall of Famer.

Faber discussed his life since becoming a father, how his legacy has changed since his daughter was born, his recent knockout victory over Ricky Simon, what’s next for him and much more.

“The California Kid” most recently made the walk to the Octagon after a three-year retirement and did not disappoint. Faber was able to land a first-round, 46-second knockout victory against highly touted prospect Simon. The knockout earned Faber a $50,000 “Performance of the Night” bonus.

Following the bout, Faber called out Henry Cejudo, ”It’s funny, I think Henry Cejudo called me out a little bit ago,” he said during the post-fight interview with Michael Bisping. “And then I heard Dana said I was old. I know Dana White was old when he was 40, but I’m a young man. Dana was old when he was 28. Come on, Dana. Look at me!

”Henry, I remember 10 years ago when you challenged me to a fight as a friendly gesture, and I’m down to get in there and mix it up. There’s only one reason I do this and it’s to test myself against the best in the world … It’s a hairy situation out there, I gotta get in there now before it’s too late.”

Unsure of what’s next, Faber knows his worth and will wait for what is perfect for him.