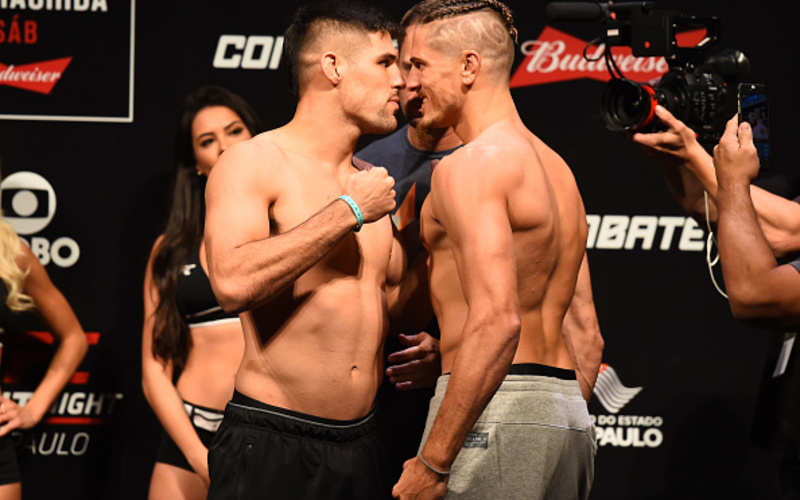 We as MMA fans are long overdue our fix of violence – that all ends at UFC 249. With fighters throughout the card that always bring it, expect violence all night. We take a look at the fights that could become instant classics and will give us our fix.

This fight is violence personified. These two coming to fight every time they enter the octagon and both men are extremely skilled. We reviewed Tony Ferguson‘s top 5 most exciting fights and it wasn’t easy. Ferguson is never in a boring fight…ever. With an insane 20 finishes in 25 wins and having finished all three of his fights on The Ultimate Fighter, Ferguson knows how to end it early. Ferguson batters, breaks and bloodiest his opponents on the way to victory… Can we expect this against one of the most violent men the UFC has ever seen?

Fellow UFC 249 headliner, Justin Gaethje broke onto the UFC scene with one of the most ferocious fights ever seen in the octagon. For as long as it lasted, Gaethje walked Michael Johnson down hitting him with everything he had. With both men exhausted, Gaethje picked up the TKO victory. Having not gone to a decision since 2014, Gaethje is set to cause fireworks with Ferguson. Even when he loses, his fights are money. In his most recent three bouts, ‘The Highlight’ has come on leaps and bounds, showing his known aggressive style but now in a more controlled manner. Don’t be mistaken however, this new, controlled Gaethje has still finished all three of his opponents in under a round.

What to expect from this fight? Two men who will march forward, each look to take the centre of the octagon and will certainly not back down. We are due to see some extreme violence in this one… and we can’t wait.

Set to headline the UFC 249 ESPN+ portion of the card, we have a rematch that has us all salivating. #13 ranked Vicente Luque will be looking to bounce back after Stephen Thompson ended his six-fight winning streak back in November. Prior to this, Luque notched nine finishes in 10 wins. With a total of 15 finishes in 17 wins, Luque is a violent guy. Need evidence? Go and watch his fights with Mike Perry and especially his fight with Bryan Barbarena. His previous six-fight winning streak started with a submission victory over his UFC 249 opponent, Niko Price.

Since their first fight, Niko Price has been on a tear. He has racked up four finishes, most impressively the KO of Randy Brown, where he finished Brown with hammer-firsts from the bottom.

Having competed 10 times in the UFC, Price has never gone to a decision, finishing seven of his opponents and been finished three times himself, Price always comes to fight. He has also notched four performance of the night bonuses.

These two guys entertained us back in 2017, where Luque was able to get the D’arce choke in the second round. A pivotal fight in the welterweight division, these two finishers face off yet again. Don’t be expecting to see the judges needed in this one.

The One No One Expected

When UFC 249 was announced, many of the fights on the card were expected. They had been moved from various cancelled cards to give the fighters the opportunity to fight. The one fight that was made specifically for UFC 249 is a violent rematch with two legends of the game.

With a combined 82 professional fights, including 58 wins, Donald Cerrone and Anthony Pettis have had storied careers. Veterans of the WEC and UFC banners respectively, these two have already stood across from each other. January 2013 saw both men on a good run of form. Both men were much younger-looking, it was (for as long as it lasted), a classic striking match-up. On this occasion, Pettis got the better of ‘Cowboy’, finishing the fight with a massive body kick.

Since then, both men have had ups and downs. Since dropping his title to Rafael dos Anjos in 2015, Pettis has gone 4-7, including being finished four times. In the same time frame, Cerrone has gone 9-8, which includes two stints of three consecutive losses.

These are two men are certainly violent but they are on a combined five-fight losing streak. Cerrone has been finished in his last three fights, all by TKO/KO. It could mark the end of a storied career for whichever man picks up the L in this one. With a total of 45 finishes between them however, this one is guaranteed fireworks. Both men love to stand and bang but also have underrated ground games, so wherever this one goes, it’s sure to be competitive.