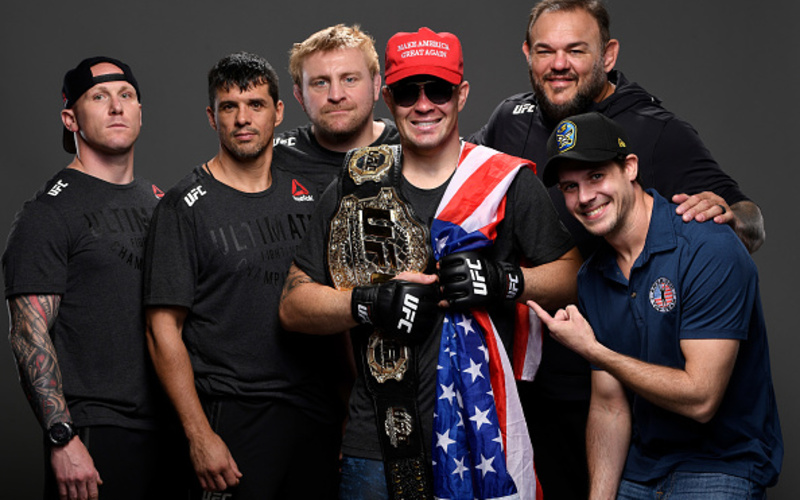 Colby Covington has officially left American Top Team. After long speculation regarding beef between Covington and the other fighters at American Top Team, Covington made it official. These include perennial strawweight contender Joanna Jedrzejczyk, former interim lightweight champion Dustin Poirier and BMF belt holder Jorge Masvidal. At one point in time, a no trash talk rule was enforced in American Top Team. It was an effort to ease tensions. Masvidal and Jedrzejczyk even said that they were not cheering for him during the main event at UFC 245 against champion Kamaru Usman.

Masvidal has made it clear that he thinks this might be the end of Colby’s career. This is despite the classic against Usman at UFC 245 and the master performance he put up against Robbie Lawler just before that.

Covington made it clear he respects Dan Lambert. He expressed gratitude and admiration for Lambert several times. Covington began his mixed martial arts journey at American Top Team. He has left the gym but remains in Florida. Covington has not confirmed any details regarding his new gym.

A fighter as good as Colby Covington should not have too much difficulty in finding a new place to train at. However, Covington has had issues with members of other gym too. For example, Jon Jones would probably veto Colby’s entry into Jackson Wink.

Firas Zahabi has had issues with Colby thus ruling out Tristar as a possible destination. Zahabi has made it clear that he does not buy into Covington’s gimmick. He has always felt like lines seems rehearsed and it seems obvious that he is playing a role. Nonetheless, he maintains Covington has gone were way below the belt.

Rivalries with Ben Askren and Tyron Woodley rule out his joining Roufusport. Woodley and Colby have been going back and forth for a while. Unfortunately for the fans, this fight has not yet materialised. If we believe he stays AKA becomes an unlikely destination too.

However, Covington is not the only big name to leave American Top Team. Phil Daru left a while back and so did Din Thomas. Wherever Colby does land, things are only going to be really interesting.