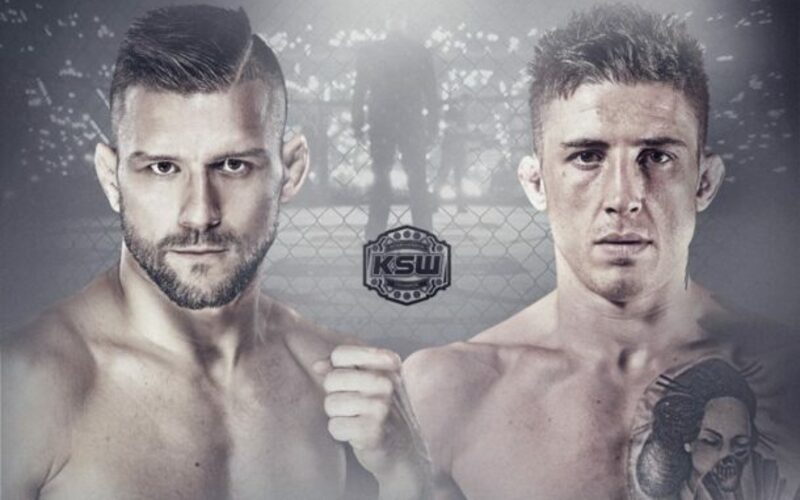 It has been almost half a year since we last saw KSW in action. Scott Askham and Mamed Khalidov headlined KSW 52: Race on place December 07, 2019. KSW 53: Fight Code was originally scheduled for March 21, 2020 but was cancelled due to the COVID-19 worldwide pandemic. KSW has recently announced KSW 53: Reborn will take place July 11, 2020 from Warsaw, Poland. As usual, the event can be seen on DAZN and KSW.tv as well as the newly created KSW app.

Making his long awaited return to action, KSW’s double champ Mateusz Gamrot (15-0) returns to action as the lightweight champion to battle interim champion Norman Parke (28-6-1.) Park defeated the Polish Zombie at KSW 50:London in September 2019 via split decision. This will actually be the third meeting between Parke and the undefeated Gamrot. The two met at KSW’s biggest show ever, KSW 39, where Gamrot won via split decision for the lightweight title. They fought again at KSW’s next event, KSW 40, where the bout was ruled a “no contest” due to accidental eye poke. The weigh-ins are never short of excitement between these two. Hopefully KSW 53 will settle the score once and for all.

Another lightweight bout was announced as KSW fan favorites Borys Mankowski (20-8-1) and “Polish Zombie” Marcin Wrzosek (14-6) are also set to do battle. Mankowski, who has been around since KSW 19, is coming off of an impressive first round anaconda choke victory at KSW 51 against Vaso Wrzosek. Both fighters last loss is to interim champion Parke. Look for both to try and come out and make a statement on this huge stage. Another crack at Park could await the winner. If KSW were to create a hall of fame, both of these fighters would be first ballot entries.