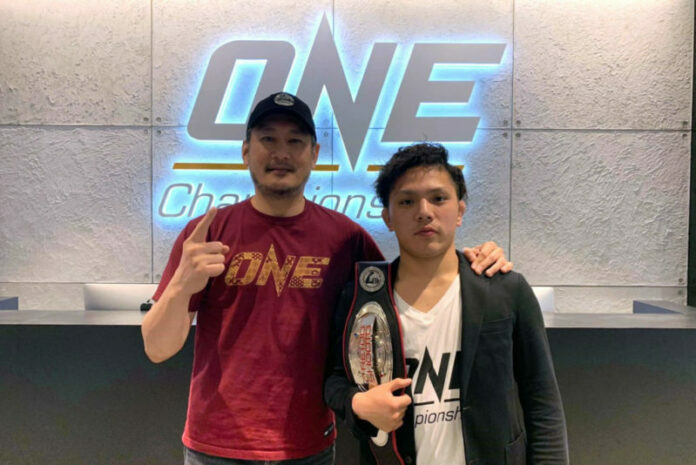 ONE Championship is preparing for a strong second half, and part of that preparation includes bolstering the roster with up-and-coming talent looking to shock the world.

This week, the organization announced the signing of 14 new athletes to compete across their three sports. Nine of those athletes will compete in mixed martial arts action in an attempt to realize their dreams of becoming a World Champion.

Here is a look at the new talents coming to ONE from the strawweight division to heavyweight.

Shooto Strawweight World Champion Hiroba Minowa will make his ONE debut in 2020 in the strawweight division.

He posts an 11-2 professional record with a 100% finishing rate in his victories. He is currently enjoying a three-bout win streak, including a second-round submission in January over Yohei Komaki.

The Japanese athlete may get an opportunity to avenge one of his losses against former ONE Strawweight World Champion Yosuke Saruta.

Flyweight Courtney Martin earned her contract by winning the 2019 GAMMA World Championships last November, and she will make her organizational debut later in 2020.

The Australian compiled an 8-1 amateur record. When she steps inside the ONE Circle, she will be making her professional debut.

Martin said of her tournament victory last November, “I went into this tournament with the expectation of gaining experience and the mindset of being grateful to just be there. Never in my wildest dreams did I believe I’d come away with gold. I didn’t even tell most people a contract with ONE Championship was up for grabs because there was no way I could fathom the idea that I could come away with it.”

Joining the featherweight ranks will be Hyeon Woo Ko.

The South Korean holds a professional 8-1 record and is riding a seven-bout win streak into ONE Championship. Five of his eight career wins have come via choke.

Via his Instagram post about the signing, Hyeon noted that while he is happy to sign the contract, he does not want to be satisfied. He wants to put in the work and achieve his goals, and then he can be happy.

Unbeaten Brazilian Edson Marques also put pen to paper to join the ONE roster. With a 9-0 record, the Brazilian will put his overall skills to the test as he makes the next jump up in competition.

He is a striking specialist with six consecutive knockouts coming into ONE. Four of which occurred within the first round. The striking dynamo trains out of New Level Muay Thai Academy.

He will also compete in ONE Super Series action.

Joining Courtney Martin as a 2019 GAMMA World Championships winner and earning a ONE contract was New Zealand’s Muaiana Manase.

He won the tournament with back-to-back stoppages in the semifinal and final bouts. He was named Best Male Athlete of the tournament.

Like Martin, Manase will also be making his professional debut when he competes in 2020.

With a 12-1 record, Shamil Abdulaev joins the ONE middleweight ranks. Of those 12 wins, six have ended by way of KO/TKO.

The CSKA-trained warrior is 29-years-old and entering his prime years. After an unbeaten 2019, he looks toward making 2020 a statement year on a global platform like ONE.

Abdulaev is a native of Moscow and hopes to bring the ONE Middleweight World Title back home.

The Max FC Heavyweight Kickboxing Champion, Hyun Man Myung, will take his talents to ONE.

“The Iron Gentleman” will compete in the light heavyweight division. He holds a 5-3 (1 NC) professional record in MMA. With his striking skills, he becomes an instant threat to anyone in the division — a true heavy-hitter.

The South Korean will also compete in kickboxing, where he holds a 55-5-2 record.

Russian Daniyal Zainalov will add a bit more intrigue to the light heavyweight ranks as he joins in chasing after Aung La N Sang‘s gold.

Zainalov is an undefeated mixed martial artist with eight victories to his credit, and only his debut went to the judge’s scorecards.

This past December, he won the Yamal FC Light Heavyweight Championship by TKO. After his success on the regional circuit, he is now ready to step up on a global stage to deepen the division’s talent pool.

The big boys of the heavyweight will have to deal with a Russian wrestler. Unbeaten Anatoly Malykhin will make his debut and have an immediate impact in the division.

At 8-0, Malykhin posts a perfect 100% finishing rate. He has finished opponents by both knockout and submission.

Brandon Vera and Arjan Bhullar are set to clash later in 2020, but an impressive debut from Malykhin could make him an instant contender. You will not want to miss his debut as a potential future champion.