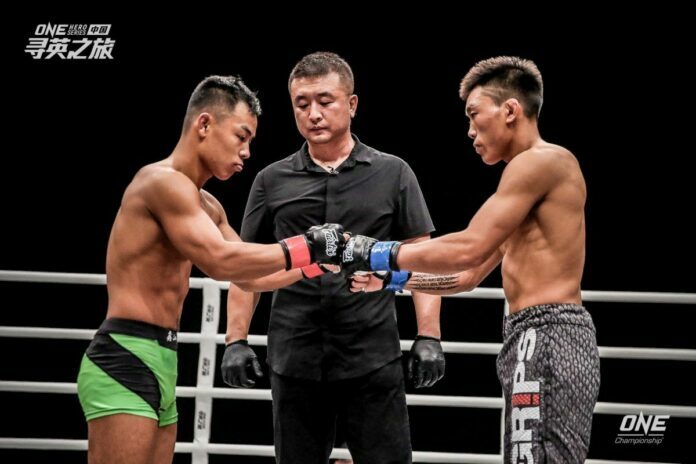 For the first time since ONE: King of the Jungle in late February, ONE Championship returned to action this past weekend in Shanghai, China, with its ONE Hero Series.

The closed-door events on June 20 and 21 were staged without an audience, which has become customary for sporting events around the globe in the face of the global pandemic known as COVID-19.

Hua Fung Teh, Group President of ONE Championship, said, “We at ONE Championship are delighted to once again host the world’s most exciting martial arts events. I would like to personally thank all the fans for their continued support for our organization and our athletes.”

“Shanghai served as the perfect backdrop for the prestigious ONE Hero Series, which aims to showcase the absolute best in rising young martial arts talent from China,” Hua continued.

The organization touted its safety protocols ahead of the events.

“By enforcing strict safety and sanitary measures, we made sure to prioritize the health and well-being of everyone who made these back-to-back events a huge success. As a result, ONE Hero Series was able to share the very best of martial arts with the world, showcasing the power of the human spirit.”

Two events for the ONE Hero Series were completed. The first event, ONE Hero Series 13, was headlined by Ze Lang Zha Xi beating “The Little Monster” Liang Hui by unanimous decision to improve his organizational record to 3-1.

In the main event of ONE Hero Series 14, Xu Liu toppled “The Young King” Zhao Xiao Yu in a kickboxing contest. Full results for both events can be found below.