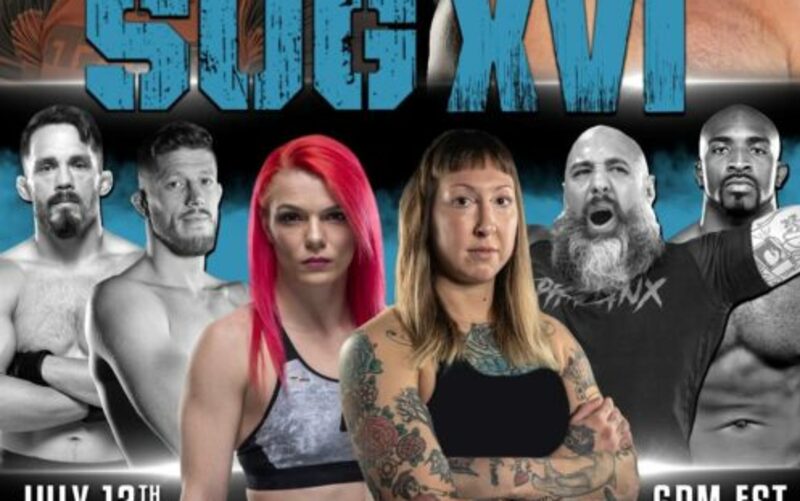 To say the main card of Submission Underground 16 is stacked would be an understatement. The main event will have one of the top submission grappling athletes in the world Craig Jones take on the winner of the Submission Underground 10K Tournament Mason Fowler. The co-main event will have UFC fighter Gillian Robertson take on undefeated SUG veteran Amanda Loewen. Other notable matches on the card include Micah Brakefield taking on UFC vet Jake Ellenberger and Richie Martinez meeting Kevin Casey in the cage.

The main event between Jones and Fowler is an anticipated rematch from ADCC 2019 where Jones sunk in a guillotine with 30 seconds left to submit Folwer in a quarter-final matchup. Fast forward to today and Jones is coming off a win over Gabriel Checco at SUG 15 and Folwer had to work his way up through an eight-man tournament as the only brown belt to win $10K and earn the opportunity to face Jones at SUG 16. Fowler battled hard and earned wins over Warren Brooks, Kody Steele, and Roberto Jimenez to become tournament champion.

This match can be dubbed as “The Pink Eye Rematch” as Jones had a very bad eye infection during their first match, which spread like wildfire throughout the ADCC competitors. The virus with a form of conjunctivitis called EKC, or what the grappling world called “pink eye on steroids. Keenan Cornelius contracted it prior to the event and he decided to pull out of altogether. However, Jones decided to compete with it and it came at a risk as the effects of EKC hampered his eyesight for five months.  Cornelius and Jones weren’t the only athletes hit with a bad case of pink eye, JT Torres, Roberto “Cyborg” Abreu, and Fowler also got it.

Jones is coming into this match with an undefeated SUG record of 9-0 and riding the advantage of already submitting Fowler once before. However, Fowler is on a bit of a roll himself after three overtime submissions crowned him the winner of the SUG 15 eight man tournament. With that being said, the anticipation for this match is off the charts.

Submission Underground 16 is live from SUG Island on July, 12th.