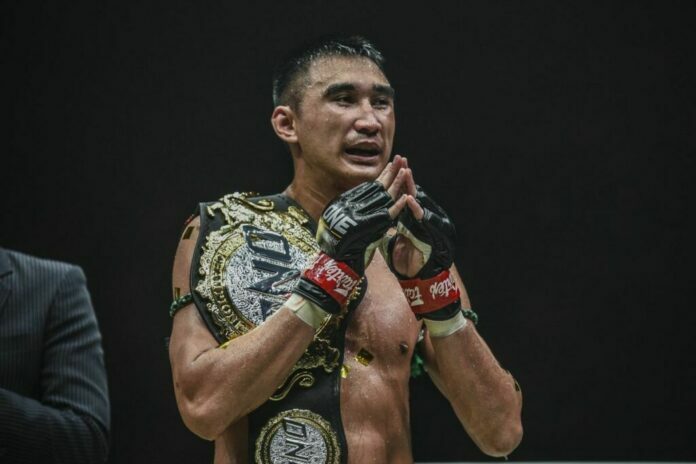 ONE: No Surrender in Bangkok was announced last week as ONE Championship’s first major event back amid the global COVID-19 pandemic. On Monday, ONE Chairman and CEO Chatri Sityodtong announced three top-notch bouts to headline the card.

In the main event, ONE Flyweight Muay Thai World Champion Rodtang “The Iron Man” Jitmuangnon faces a familiar foe in Petchdam “The Baby Shark” Petchyindee Academy. The two world-class strikers have split a pair of bouts before their time in ONE, and now they’ll finish the series under the bright lights.

Three fights announced for ONE: No Surrender

The living legend will have his chance to claim another World Championship while Petchmorakot hopes to use the platform to vault himself to stardom as the best featherweight in the world.

“The Killer Kid” Sittichai Sitsongpeenong and Superbon previously met in 2016, each taking a victory from one another. Four years later, the trilogy comes to an end in ONE. Both men will be making their ONE debut.

Sittichai’s signing last month set the kickboxing and Muay Thai worlds ablaze. The 12-time World Champion has his eyes set on potential super fights with Giorgio “The Doctor” Petrosyan or the winner of the ONE Featherweight Muay Thai World Title at ONE: No Surrender, but Superbon hopes to usurp his position in Thailand.

It will be a striking masterclass when ONE returns in four weeks.

The return event for ONE will take place in Bangkok on July 31.