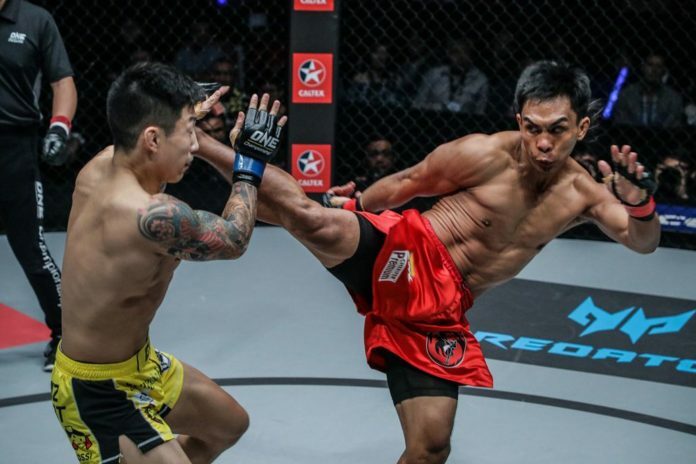 In the inaugural ONE Championship athlete rankings, Bibiano “The Flash” Fernandes has an exciting collection of contenders awaiting their shot, including a man he has seen inside the ONE Circle on four separate occasions. Fernandes has been a mainstay atop the division, only briefly dropping the title to Kevin Belingon. With a 24-4 professional record, 13-1 in ONE, “The Flash” has proven to be one of the very best bantamweights for a decade.

Will his dominance subside when action resumes in 2020? Can a new contender rise to dethrone him?

Here is a look at the bantamweight contenders vying for their shot at Fernandes and the ONE Bantamweight World Championship.

Landing at #5 on the bantamweight rankings is Daichi Takenaka with a 12-2 overall record.

The Japanese talent has exchanged wins and losses in his ONE career with his top performance coming in August 2019 against Leandro Issa. The 30-year-old is in the heart of his prime, and a quick win or two would put him on the brink of a title bid.

If the former Shooto Pacific Rim Featherweight Champion can find his championship mettle again, expect him to be a player in the division for years to come.

Perhaps undervalued on the rankings is Shuya “Stealth” Kamikubo. Like his nickname, he is flying under the radar.

Kamikubo posts an 11-1-1 record and is a perfect 4-0 inside the ONE Circle. His latest victory came over Bruno Pucci at ONE: Edge of Greatness. The Japanese star has not lost a bout in five years and is consistently improving as he enters his athletic prime.

The 27-year-old could already be on the cusp of getting his crack at Fernandes and the gold. “Stealth” may be the dark horse of the group.

With a 7-4 organizational record, Yusup Saadulaev checks in at #3 in the rankings.

The latest loss for Saadulaev came against #3-ranked featherweight contender Thanh Le. Outside of the loss at featherweight, Saadulaev is 7-1 since 2015. The 35-year-old Russian is close to getting his shot at glory.

Saadulaev has been able to develop and mature under the ONE banner. Now, he can improve upon his ranking and lay claim to being a top contender as he eyes the bantamweight crown.

Japanese standout Shoko Sato may only be 32, but he has a wealth of experience under his belt. The Sakaguchi Dojo product sports a 35-16-1 (1 NC) professional record.

The Shooto Bantamweight World Champion is on a six-bout win streak that includes a perfect 3-0 ONE record. He competed on the outset of 2020 with a stellar first-round submission over Kwon Won Il.

Given the detailed history between Belingon and Fernandes, Sato may be the logical choice for the next title shot. Should he get it, Sato will get a chance to be a champion in two separate organizations and stand above the bantamweight division as the elite of the elite.

At the top of the rankings is no surprise, Kevin “The Silencer” Belingon. The Team Lakay star has defeated Bibiano Fernandes once, by split decision, to hold the bantamweight crown briefly.

After their trilogy bout was stopped abruptly due to disqualification at ONE: A New Era, the fourth encounter saw Belingon tap out to Fernandes in the second round at ONE: Century. The definitive end to their fourth encounter may mean he will have to win several bouts before contending once again.

Still, Belingon is the top contender and is the standard-bearer of contenders. The 32-year-old is 20-7 in his career, and he is still well within his window to reclaim the ONE Bantamweight World Title and claim the division as his own.