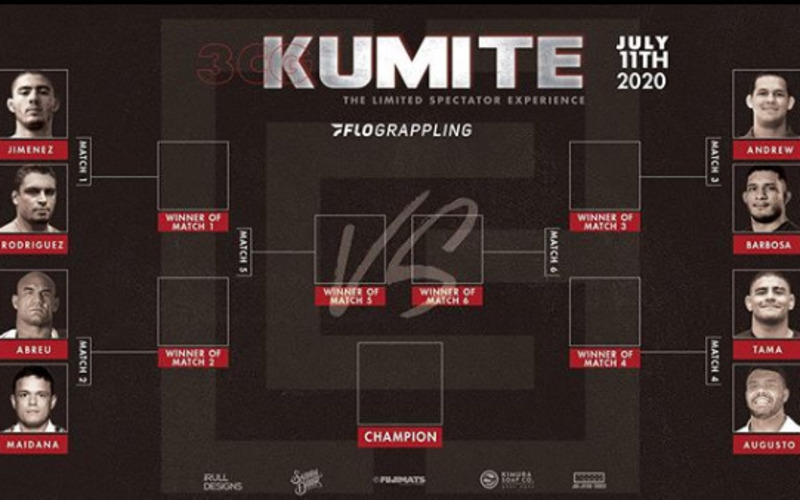 In their last event, Kumite III, 180 lb no-gi beasts went head-to-head in a stacked bracket, with Roberto Jimenez edging out Vagner Rocha by decision in OT. While both Jimenez and Rocha were the fan favorites going into the event, it is important to mention some notable points from the bracket:

Now, onto the Absolute. 3CG just announced the bracket a couple of days ago. Check out these first-round matchups:

First off, props to Johnny Tama. He is by far the smallest in this competition but will always come to fight. It will be interesting to see what he and teammate, Roberto Jimenez’s strategy is to fight the big boys. Second, props to the matchmaker on this one. It’s another “first round of fire” fights with the fans looking to see either Cyborg or Nicky Rod in the finals with Hulk. Could you really see it going any other way?

But that’s not all, this event will feature a super fight exhibition match between the King, Gordon Ryan, and Houston’s own, Brian Marvin. This fight will benefit We Defy Foundation, a non-profit organization dedicated to improving the lives of disabled service members through Brazilian Jiu-Jitsu and physical fitness training.

The only thing that could be the icing on the cake for this event is to have Maracaba BJJ black belt Jake Watson as a commentator. Get this guy a gig.

During these uncertain and trying times, it’s hard to not get wrapped up in the negativity of the world. However, with events like 3CG taking the lead and keeping us entertained during whatever phase we’re in during quarantine, it gives us something to look forward to month after month. Not to mention that it helps keep sport Jiu-Jitsu and its athletes relevant during a time where there is a shortage of competitive opportunities.

Catch the event live on Flograppling on Saturday, July 11th at 6:00 pm PST.