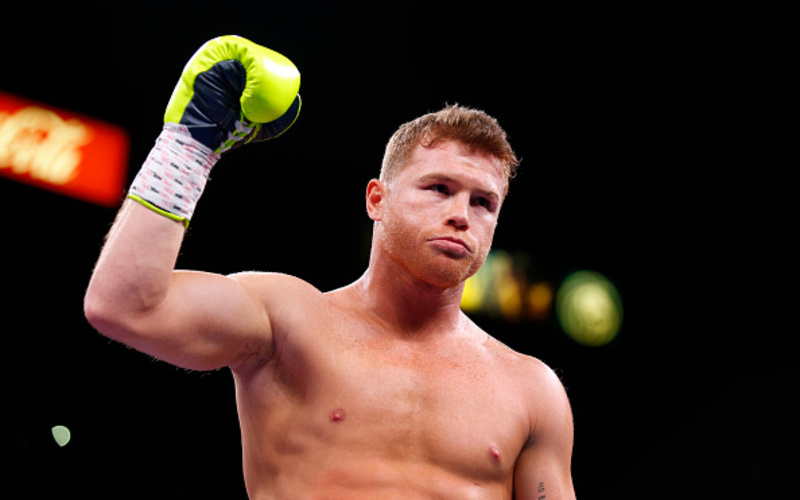 Since Tyson Fury‘s destruction of Deontay Wilder in their February 22nd rematch, boxing’s pound-for-pound rankings have been significantly altered with a new entry in the form of a heavyweight sensation.

But, where does “The Gypsy King” rank among these modern-day greats? Check out one person’s take on the world’s top ten pound-for-pound boxers below.

Firstly, the number ten spot on our pound-for-pound list is yet to be decided. Gennady Golovkin and Juan Francois Estrada are strong contenders for this position. Despite this, the winner of the undisputed fight at 140 pounds will take over this position.

Josh Taylor vs. Jose Ramirez is a very easy fight to make (after both fighters overcome their pair of mandatories) as they are both signed with Top Rank. This is a competitive, exciting and enchanting 50/50 matchup.

A perfect fight for the summer of 2021, this would see a new superstar formed especially if the winner opts to fight a champion at 135 or moves up to the combative talent at 147.

Coming in at number nine is ‘The Senator’ Manny ‘Pac-man’ Pacquiao, an eight-division and 12-time world champion. He is the only boxer in the history of the sport to be a world champion in four different decades. With his triumph over reigning WBA ‘Super’ King Keith ‘One Time’ Thurman, Pac-man has shown that he is still very much a top contender at 147.

Even at 41 years of age, he dethroned the number three welterweight in the world. Pacquiao has shown that he can beat the best of this generation, even when significantly past his prime. However, does he have enough to beat Terence Crawford and Errol Spence, two other fighters on this list?

The unified light-heavyweight champion of the world comes in at number eight. He is the only world champion in boxing with a 100% KO rate. The power punching Russian has a vast amateur background with a notable win over Oleksandr Usyk. In the paid ranks he has stopped WBC champion Oleksandr Gvozdyk in a thrilling 175-pound unification on ESPN.

Above all, to solidify his legacy and reach the upper tier of the pound-for-pound list he would need to beat fellow Russian champion Dimitry Bivol. In addition, a win over the WBO champion (decided by an upcoming tournament) would make him undisputed at the weight.

Errol Spence is a talented, slick southpaw with a strong jab. 2019 was a career-defining year for ‘The Truth’. He overcame four division world champion Mikey Garcia and unified against a very awkward and difficult to beat Shawn Porter. The Garcia fight required effective technical boxing showing his ability to deal with close-up pressure fighting. The Porter fight showed his adaptability by beating ‘Showtime’ in his own game and eventually power to floor the WBC champion.

More importantly, Spence is represented by the PBC who essentially manage all the top welterweights. This can give Spence an opportunity to build his legacy. However, a win in a unification fight with Top Rank’s Terence Crawford would give him a contention at the number one pound-for-pound spot.

Oleksandr Usyk is an Olympic gold medalist and the former undisputed cruiserweight champion. He plans to put an end to the Joshua-Fury fight talks through his WBO mandatory. He believes he can beat Anthony Joshua through his skillset and speed. After looking far from impressive in his heavyweight debut many fans are questioning if Usyk has the size and power to compete at heavyweight.

After conquering the entire cruiserweight division by beating three undefeated world champions with one of them being a unified champion and a massive power puncher. As a result, Usyk decided he had nothing more to prove at 200 pounds and subsequently moved up in weight to consolidate his already solid resume.

Naoya ‘The Monster’ Inoue has something we have never seen before: heavy hands at 118 pounds. Second, he is a three-weight world champion who has swiftly knocked out all challengers. He has a notable win over undefeated world champion Emmanuel Rodriguez and a decision victory in the WBSS final against a tough and durable Nonito Donaire.

Inoue is an electrifying rising talent who is at his peak and taking difficult fight after difficult fight. He is scheduled to fight another current world bantamweight champion, for the third time in a row. He’ll take on three-division world champion John Riel Casemiro who pulled the upset against Zolani Tete in 2019.

Inoue has the potential to be an all-time great. He is eyeing a bout with Lomachenko at featherweight that could definitively crown a pound for pound king.

The 36-0 former undisputed light welterweight and current WBO welterweight champion makes a powerful case for being pound-for-pound number one. Terence ‘Bud’ Crawford is the closest thing we have to the ‘complete’ boxer today. He can switch-hit, come forward, box on the backfoot, move his head and has excellent speed and power.

Crawford made an undeniably massive statement by dominating and stopping Amir Khan in April on ESPN PPV. His latest performance at the end of 2019 against his mandatory challenger Egidijus Kavaliauskas was rather disappointing as he seemed to struggle with the Lithuanian. He was caught with lots of flush, straight right hands from the challenger and apparently dropped in the 3rd round for the first time in his career. However, a knockdown was not counted.

Moreover, what Crawford lacks is a signature win on his resume and he would need at least one to become the ‘creme de la creme’.

The WBC and lineal heavyweight champion dethroned Deonaty Wilder in February at the MGM Grand in a mega-fight which broke the Nevada record for a heavyweight live gate at $16,916,440. The fight amassed 1.2m PPV buys on a joint ESPN/Fox PPV at $79.99.

Fury proved that he was a superstar in that fight as well as showing the variety in his skillset, from his masterclass technical boxing in the Klitschko upset and first Wilder fight, to his pressure and power orientated style in the second Wilder fight.

The ‘Gypsy King’ still has to defeat fellow Brit and unified world champion Anthony Joshua to make a claim for the pound-for-pound best. Above all, should he be able to do so he will have a commanding argument as an all-time heavyweight great and number one boxer in the planet.

Vasily ‘Hi-Tech’ Lomachenko is the Ukrainian Maestro. He is the joint fastest to a world title in boxing history and the fastest ever three division world champion.

Unbelievably quick with the best footwork in boxing today, Lomachenko outmaneuvers and beats down his opponents until they quit. He has notable wins over the fellow two-time Olympic gold medalist and then pound-for-pound number seven Guillermo Rigondeaux, current WBC featherweight world champion Gary Russell. Jr and a stoppage over Jorge Linares late in a 50/50 lightweight title challenge.

The only things holding Lomachenko back from the number one spot is his unavenged loss to Orlando Salido. Plus, his resume isn’t as full due to lack of fights. Fighters Loma needs to beat to make his resume number one worthy: Naoya Inoue, Gervonta Davis, Devin Haney, Teofimo Lopez and Miguel Berchelt.

Lastly, topping our list with the number one spot is the fighting pride of Mexico, the man with the biggest contract in sports history when he signed it: Saul ‘Canelo’ Alvarez. Canelo has the best resume in boxing today, albeit controversial, with world titles in four different weight classes.

Moreover, he has amassed wins over Daniel Jacobs, Sergey Kovalev, Amir Khan, Erislandy Lara and the signature victory over Gennady Golovkin, who was pound-for-pound number one when he lost his undefeated record in September 2018.

Furthermore, Canelo is also the most improving boxer on this list since his sole defeat to Floyd Mayweather Jr in 2013. He has proven this by significantly better defence shown in the second Golovkin and Jacobs fights. Meanwhile, his ring IQ is consistently improving over time. He has been applying more educated and less aggressive pressure as shown through his tactical breakdown of Sergey Kovalev (which was led by a body-heavy attack).

Will he stay pound-for-pound number one?

For Canelo to maintain/improve his current position he would need to win a full world title at 168 pounds instead of the ‘regular’ version he won over Rocky Fielding.

Wins over Britain’s Callum Smith or Billy Joe Saunders would go a long way to show his ability to adapt to different and awkward styles. Saunder’s slick, tricky southpaw style and Callum Smith’s height, range and power would be difficult to overcome.

The only threats to his position are the winner of Spence/Crawford and Loma should he be able to overcome Davis, Haney, Garcia, Lopez etc. Nevertheless, Canelo is in the prime of his life. He has already had 50+ fights with 10+ wins over world level fighters.

In conclusion, Canelo has the potential to become an all-time great if he can continue to raise his profile. He could become the superstar of this generation if he were to resume in this way.