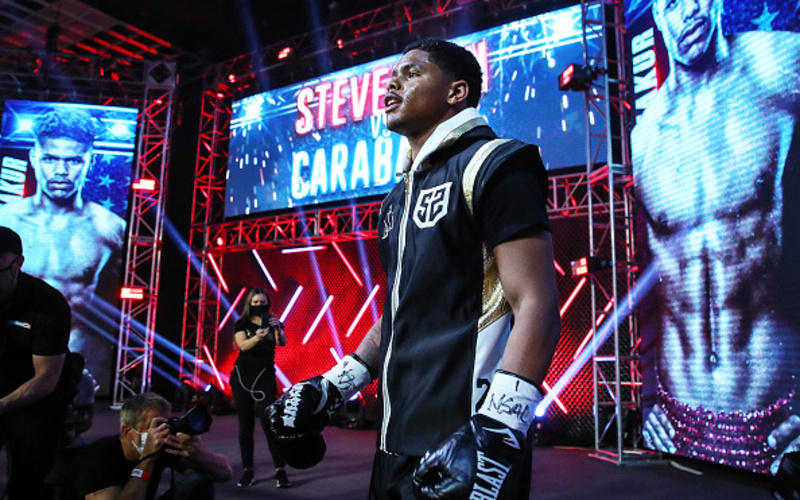 With the return of boxing in the USA on June 9 at the MGM Grand being led by the top young prospects and Terence Crawford protégé Shakur Stevenson; we thought we would take a look at the top 5 young prospects in boxing today.

Shakur Stevenson: The Next Floyd Mayweather 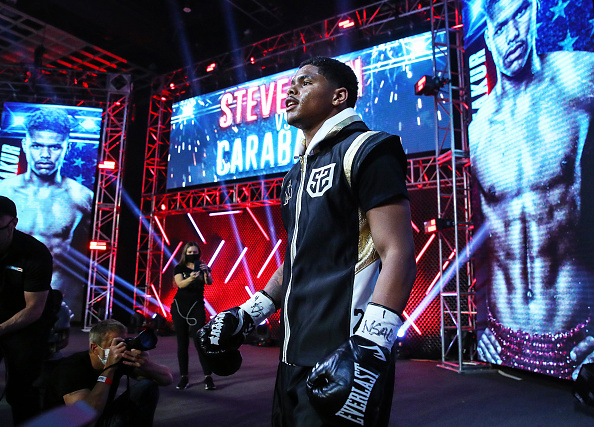 Stevenson had a very successful 2019 going 4-0 with wins over Jessie Cris Rosales, Christopher Diaz, Alberto Guevara and Joet Gonzalez. Stevenson beat the undefeated Joet Gonzalez on a landslide points decision to claim the vacant WBO Featherweight title. He has often been described as the ‘left-handed Mayweather’ largely due to his skillset and slick style.

Moving up to super-featherweight?

Stevenson was scheduled to defend against Miguel Marriage pre-COVID-19 but instead took a fight at 130 pounds leading boxing’s comeback. He and his team were in serious discussions to travel to the UK and unify against Josh Warrington. However, talks broke down after financial terms could not be agreed upon.

The future is bright for Shakur as he has the size and time to potentially move up all the way to welterweight and simultaneously box in 5 different weight classes, with the potential to match his predecessor Mayweather in becoming a 5-weight world champion. It seems that Stevenson will now permanently move up to super-featherweight and attempt to win a world title there, simultaneously becoming a multi-division world champion. 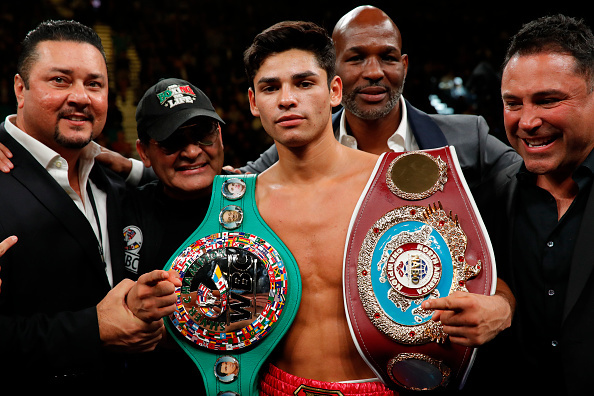 Ryan Garcia. The internet Phenom and Instagram superstar. He has amassed over 6.6 million followers on Instagram. He is a young prodigy who plans to retire at the young age of 26. With the ability to draw large crowds of over 10,000 to his fights and obtain viewerships on DAZN entering the 7 figures he might have the financials to make that dream a reality.

He is known for his belittling hand speed and Herculean left hook. Training alongside Canelo Alvarez under Hall of Fame coach Eddy Reynoso he has the potential to be even bigger and better than he already is. Canelo is confident that Garcia will succeed him as pound-for-pound number one.

He has been very impressive over a short career spanning 20 fights, including 17 knockouts. With his last two outings previously viewed as difficult step-ups, he was quick to prove the haters wrong by quickly dispatching both Romero Duno and Fransisco Fonseca both in the first round.

The WBC has recently ordered him to fight Luke Campbell in a final eliminator for the WBC Lightweight world title–a fight that will guarantee him a shot at Devin Haney. However, the WBO has also ordered him in a final eliminator against Emmanuel Togoe. Despite Togoe being an easier fight, the Campbell fight will draw much more attention, as the Brit is well established as an Olympic Gold medalist and world title challenger. Though the WBO route will lead to a significantly more difficult fight against Pound-for-pound number 2 Vasyl Lomachenko. Which route should KingRyang take? 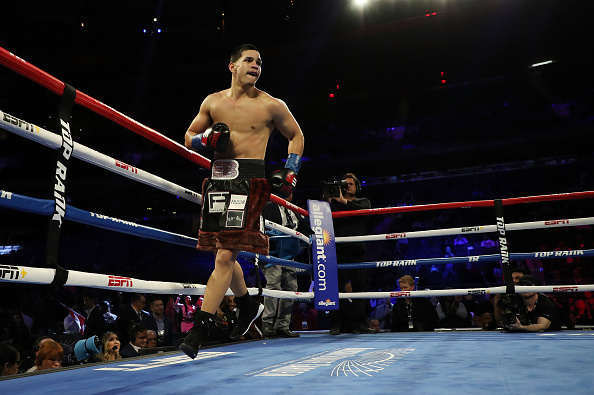 Edgar Berlanga. A name that even the boxing purist may not have heard of. But with 13 fights and 13 knockouts all coming in the first round you would be a fool not to remember his name. Dubbed ‘The chosen one’ he is a tall powerful middleweight who is yet to be properly tested.

Although he has astonishing power, his technical and defensive flaws highlight his status as a young developing fighter.  Nevertheless, saying he makes up for that with his heavy hands is a vast understatement.

Top Rank has done a great job of promoting him thus far, placing him on high profile undercards with a consistent increase in the level of opposition. He will step up once again as chief support to Oscar Valdez at the MGM Grand facing off against Eric Moon on the 21st of July on ESPN. 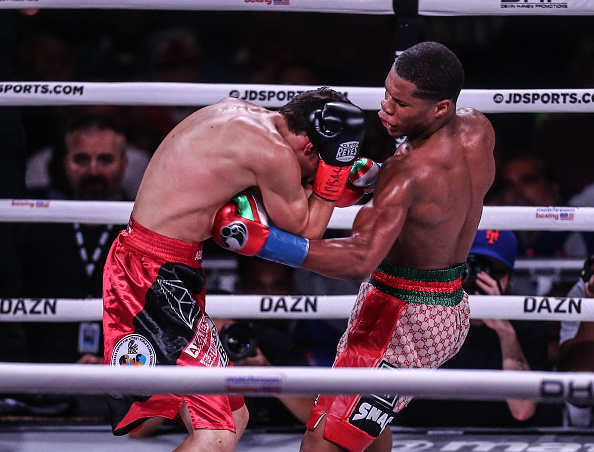 Devin ‘the dream’ Haney is one of boxing’s most exciting fighters today. Previously trained by Floyd Mayweather, he possesses many of Mayweather’s traits. With his Philly-shell defense, ‘surprise attack’ fighting style, and sharp punching, it can be very easy to compare him to the modern-day great.

Haney is the WBC Lightweight world champion. He was eyeing a mandatory shot against Vasyl Lomachenko till he was made Franchise champion. Consequently, Haney was promoted to full champion from his interim status by email. A concept that has been disdained by boxing fans.

‘The Dream’ looked very impressive against Antonio Moran in a knockout of the year candidate. This was the signature moment of his prospect status. Since then, he has headlined The Theatre at Madison Square Garden, stopping Zaur Abdullev to become interim WBC Champion. Also being chief-support to KSI–Logan Paul at the Staples Centre helped him obtain a large following.

Javier Fortuna pulled out of a mandatory shot against Haney, favoring a fight against Jorge Linares. Subsequently, Luke Campbell vs Ryan Garcia was ordered as a final eliminator. Whatever happens, we can be sure Haney will be in for a real tough test in his next fight. 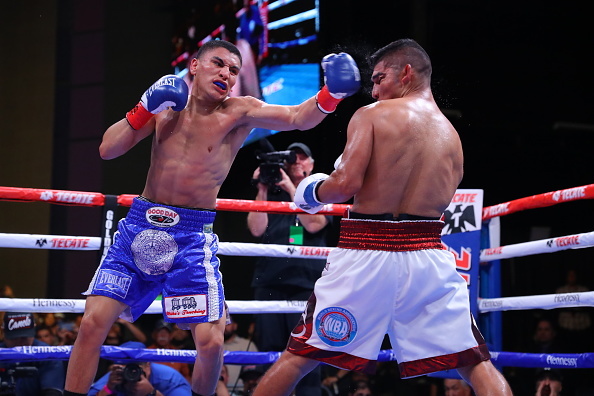 With 15 knockouts in 15 fights, Vergil Ortiz is a top, young Golden Boy prospect. He is one of the best up-and-coming welterweights in the world. He has already beaten top 15 seed Antonio Orozco whose only previous loss came at the hands of unified light-welterweight champion Jose Ramirez in a 12 round world title affair.

Ortiz is looking to slowly progress up the welterweight division with increasing levels of opposition. Moreover, with a WBO ranking of number two, it won’t be long before he’s being called to a mandatory position. The WBO champion is Crawford who has just fought a mandatory, so it is unlikely Ortiz will be called as mandatory till late 2021, early 2022.

By then, Ortiz will have hopefully competed at least five more times and will be in a significantly better position to challenge for a world title. Golden Boy will also look to match him against more top 15 fighters. And hopefully, they’ll give him an opportunity to step up against a top 10 147-pounder. Potential opponents could include a matchup against fellow young prospects Jarron Ennis, unified welterweight sensation Errol Spence, and Adrien Broner.

Ortiz Jr. is set to return to the ring headlining DAZN’s boxing comeback on July 24. He will return against Samuel Vargas who he was supposed to fight before the pandemic. His fight will be the first of the beta DAZN Global launch. This will see them expand to over 200 territories, including the UK.