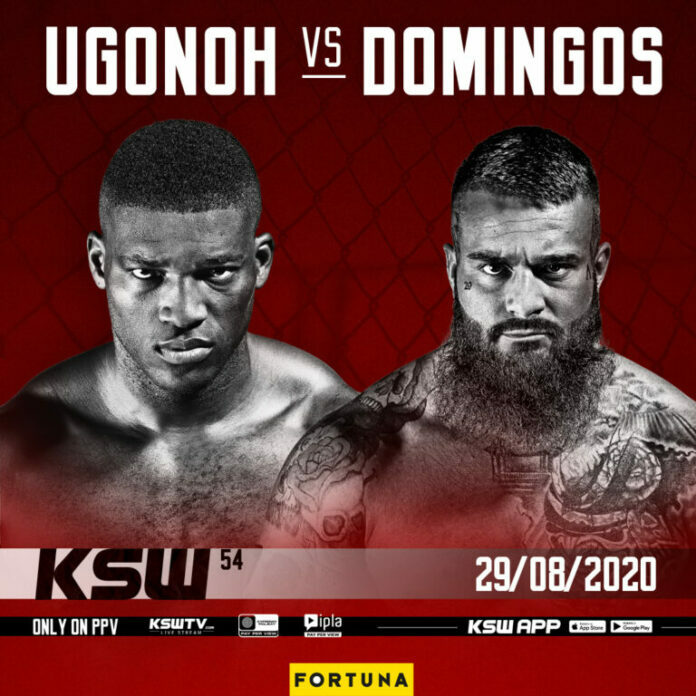 We will have the KSW 54 results here tomorrow. KSW will return with its second show of 2020 with KSW 54 set for Saturday, August 29, 2020. The main event will feature KSW’s current and only two-weight division champion, Mateusz Gamrot, will defend his lightweight title against Marian Ziolkowski. Gamrot was originally scheduled to face undefeated Russian Shamil Musaev. Gamrot’s new opponent, Ziolkowski, has won his last two bouts in KSW by unanimous decision after dropping a fight to former champion Kleber Koike Erbst. “Golden Boy” is dangerous on the ground with 12 of his career 21 wins coming by submission. Gamrot is a finisher himself with nine of his 16 wins coming by finish.

Former professional Polish boxer, Izuagbe Ugonoh will make his MMA debut in the co-main event at KSW 54. Ugonoh was 18-2 in his boxing career earning the IBF Mediterranean, WBO African, and WBA Oceania heavyweight titles. 15 of his 18 victories also came by knockout. Ugonoh can also be dangerous with his user limbs, with a successful kickboxing career as well. He is the winner of the 2009 WAKO World K1 Championships. KSW newcomer Quentin Domingos will welcome Ugonoh to the world of MMA. Domingos is a devastating, destroying striker, winning all of his bouts by knockout.

The event can be seen worldwide on the KSW mobile app or on KSWtv. KSW 54 will take place within a studio in Warsaw, Poland.