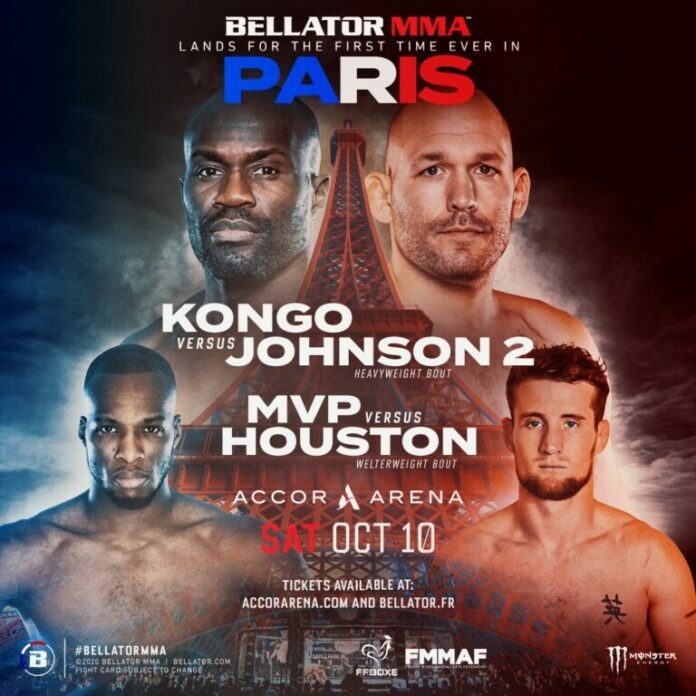 Bellator has recently announced that they will be putting on Bellator Paris ‘landing for the first time ever’ in the country. With MMA only being legalised at the beginning of this year, Bellator are not waiting around, scheduling their card for October 10th.

Having only been announced today, there have only been two-fight announcements so far. It appears that the headliner will be the rematch between two UFC veterans. France’s own, Cheick Kongo will rematch Timothy Johnson, who will be stepping into enemy territory.

In their first bout at Bellator 208, Kongo picked up the win via knockout. This will mark Kongo’s first fight since his title shot against the champion, Ryan Bader, which ended in a no contest at Bellator 226.

Timothy Johnson will be competing at Bellator Paris after picking up the biggest win of his career. He finished Matt Mitrione by ground and pound at Bellator 243. Having dropped his debut, he is now 2-0 for the promotion, having previously fought seven times for the UFC.

The other announced fight is an extremely exciting welterweight clash. It is the return of Michael Venom Page for what will be one of the biggest tests in his career thus far. The 17-1 striking phenom has only lost to the champion, Douglas Lima. Since then he has finished all three of his opponents but there is no doubt that they haven’t been the highest calibre.

MVP steps into Bellator Paris to face debutant, Ross Houston. The former CageWarriors welterweight champion has been out of action since his bloody no contest against Nicolas Dalby in June of last year. The undefeated (8-0) Scot has been extremely impressive in his career thus far and will be looking to make a name for himself against MVP.