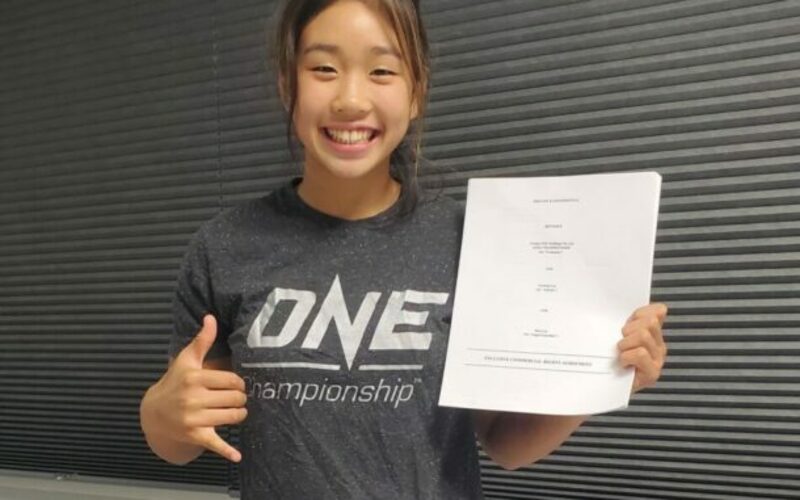 Victoria Lee signs with ONE Championship

Another LEE just got signed to @onechampionship‼️ Everybody, please welcome my younger sister, Victoria!! At just 16 years old, she truly is a martial arts phenom and represents the next generation of mixed martial artists who are scary good everywhere! I am so proud of everything Victoria has already accomplished and I’m so excited for all that’s in store for her. Supporting Victoria in her quest of chasing her dreams is my number one priority! ❤️ @victorialee.mma #ONEChampionship #NextGen #VictoriaLee #TeamLEE

“I feel extremely excited and motivated to be part of the world’s largest martial arts organization, ONE Championship. Inspired by watching my older brother and sister compete on the biggest global stage of martial arts competition, I am ready to take my career to the next level and compete with the world’s best martial arts athletes. I want to thank my parents for teaching me and guiding me, and for allowing me to chase my dreams. I promise all the fans that I will continue to train hard and develop my skills, and that I’ll be ready when I get the call to step inside the ONE Circle,” said Lee.

ONE Founder and CEO, Sityodtong has stated that Victoria is, “arguably the single greatest pound-for-pound female prospect in the world today.”

There is no current scheduled bout for the 16-year-old, but keep it locked to MMASucka.com for more info as it arises.