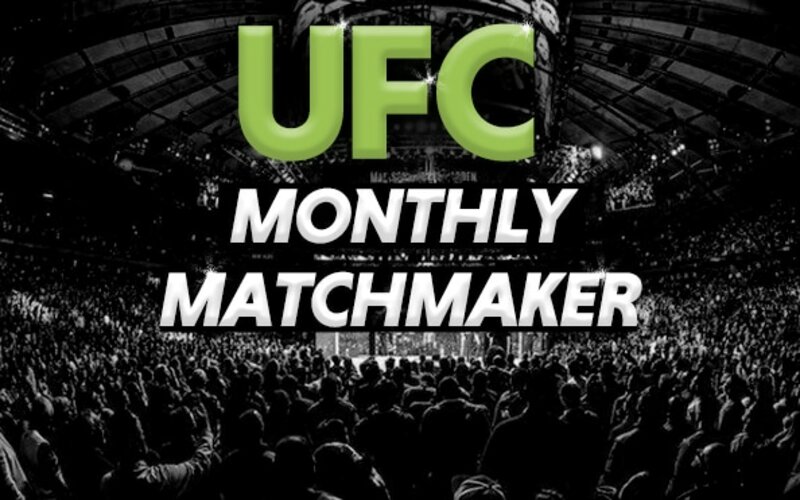 Ahead of the UFC‘s return to Fight Island, we take a look at some potential matchmaking. Following an impressive run of seven cards from the UFC Apex, with one card still to take place this weekend, we will be looking ahead to potential match-ups for when the UFC returns to the US. With five scheduled Fight Island cards, including two PPV events, the UFC is certainly booming during this worldwide pandemic. We will be picking one fighter from each of the seven cards that have taken place and attempting to match them up with appropriate opponents.

Off the back of 11 straight victories, Edmen Shahbazyan was one of the hottest prospects the UFC have had in years. He was matched with Derek Brunson in the main event of the August 1st card and suffered his first professional loss via knockout.

Next, Shahbazyan should face Marvin Vettori. Vettori has been on the cusp of the top 10 of the middleweight division for some time. Coming off three consecutive victories and with a split decision loss to champion, Israel Adesanya, Vettori has impressed. He notched his second submission victory in the UFC in his most recent bout.

The winner of Shahbazyan vs. Vettori would cement themselves in the top 10. It would also be two young prospects putting it all on the line. A loss for either man would set them back considerably. What is important to note is that a win for either man would put them in a stronger position within the division.

Arguably the biggest example of a fall from grace, former 185lbs champion, Chris Weidman has suffered considerably lately. Following a 13 fight undefeated start to his professional career, he then went 1-5. On this run, he suffered no fewer than five knockout losses. ‘The All American’ got back to winning ways, albeit unconvincingly against Omari Akhmedov.

His next match-up should be against Derek Brunson. Both of these guys are veterans of the game and both are looking to break back into the upper echelons of the division for one last run. Brunson is riding a three-fight winning streak, whereas Weidman has recently got back into winning ways. It just seems like the right fight for both men at this point in their careers.

Does anyone else feel tired just watching Merab Dvalishvili do work? The guy sets an insane pace in all of his fights. His most fight saw him defeat long-time contender John Dodson. Struggling to land his infamous takedowns, Dvalishvili was able to outpoint Dodson on the feet. Ranked #13 in the 135lbs division, he deserves a big fight next.

Rob Font is ranked above Dvalishvili at #10. Enjoying a two-fight winning streak, Font, like Dvalishvili will be looking to break into the elite of the division. A win for either man would catapult them into the shark tank that is the elite at bantamweight. Whoever gets the W in this one could see their next fight against a Jose Aldo, a Dominick Cruz or a Frankie Edgar. This would be huge for either man’s career.

Talk about making the most of 2020. Daniel Rodriguez had gone 3-0 in the UFC, notching two finishes. With a record of 13-1, without a loss since 2017, which includes seven finishes since that loss, Rodriguez has impressed.

Let’s see Rodriguez against either Anthony Martin or Alex Oliveira. Both of these men are well known and are on the cusp of a top 15 spot. Martin has struggled to really get a foothold in the UFC, going 2-2 in his last four. Oliveira, following three consecutive losses has got back to winning ways. Back to back victories against Max Griffin and Peter Sobotta has seen ‘Cowboy’ get his confidence back.

Either of these men would provide Rodriguez with a tough test and the winner of this bout would likely get themselves much closer to a top 15 spot.

With one of the biggest comebacks of the ‘lockdown’ period, Mallory Martin impressed, massively. Gaining the performance of the night bonus, Martin finished Hannah Cifers by rear-naked choke after a tough first round.

Her next bout should be against Polyana Viana. Viana snapped a three-fight losing streak when she subbed Emily Whitmire on the August 29th card. Both women have a lot of talent and could really make a name for themselves in the strawweight division. A win for either woman would aid their confidence and put them on a two-fight winning streak. A loss would certainly stunt their progress at 115lbs.

Ah again, does anyone else feel tired watching Michel Pereira? Without a doubt someone that everyone should watch at least once in their lives. He embodies mixed martial artist and I can imagine he is truly a nightmare to prepare for. With flashy, outlandish and ‘alternative’ striking, Pereira got back to winning ways during lockdown.

The next opponent for the huge welterweight could be Anthony Pettis. Although you could easily argue that Pettis is out of Pereira’s league, skill-wise there are factors that work in Pereira’s favour. The size alone works in the Brazillian’s favour. Pettis has fought as low as featherweight. The flashy styles of both men will lead to an entertaining fight for all the fans and would certainly be a striking masterclass to watch.

Jalin Turner is another man who made the most of his opportunity on the most recent UFC Apex card. Submitting Brok Weaver in the second round, having impressed in the first, Turner progressed to 10-5, 3-2 in the UFC.

His next opponent could be either Joel Alvarez or Luis Pena. Alvarez is 2-1 in the UFC, but an impressive 17-2 overall. The rangey Spaniard has a whole host of skills to compete with the best at 155lbs. His most recent W came at the hands of Joe Duffy, when he submitted him in the first round.

Luis Pena had an interesting run on TUF. Since then he has gone 3-3 in the UFC, with a number of disappointing losses. He is a fairly big name, as a result of his time in the TUF house. He may just be the name that Turner needs to break into the mainstream.