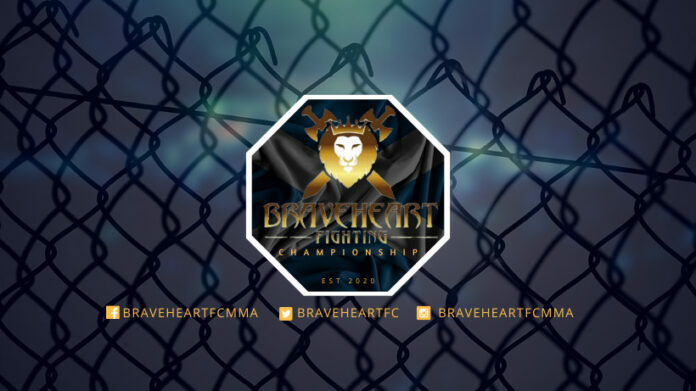 When you think of sports in the Highlands, the first thought that springs to mind are the Highland Games. The caber toss, where a shorn tree trunk is hurled into the air or the stone put, an ancestor of the shot put. Despite evidence that the original Highland games – which demanded the attendees bring a “sword, gun, pistol and dirk” – included contests of arms, combat sports have never had a traditionally big following in the Highlands. The promoter behind the brand new Braveheart FC promotion, Lewis Simpson, wishes to change that.

“Starting my own MMA promotion has always been something that’s been in the back of my mind, I just didn’t know how to go about things,” says Simpson. “My main inspiration behind it is bringing mixed martial arts to my home town of Fort William. Something that’s never been done. I’m from a small community in the Highlands of Scotland, there are no local MMA gyms therefore no fight teams, and no opportunities. Most of the town has probably never watched an MMA bout. This is something I hope I can change while bringing Braveheart FC to my home town.”

While Fort William’s Nevis Centre has traditionally been the home of bowling and family events, Simpson seeks to fill the hall with a cage and hold his first event there, in mid-2021:  “Following from that when successful, I look to venture into the major cities of Scotland and host shows. That’s the main goal.”

Braveheart FC: Arms and the Men

When asked about whether he could find the talent for his shows, Simpson was extremely confident: “I’ve currently not reached out to any fighters myself, although since announcing I’ll be starting my own show, I’ve had many messages from amateurs across the UK to professionals. Scotland’s like anywhere, you’ve always got eager keen fighters looking to fight. I don’t think that will be an issue.” Simpson specifically mentions interest from Bellator alumni Anthony Taylor and Austin Clem.

However, Simpson has no illusions about how tough the early going might be, speaking about how he’ll likely focus on amateur fights and might even include non-MMA bouts in his early shows: “The amateur scene is something I’ll focus on mainly at the start. Giving the amateur fighters a chance to grow, develop, and gain that experience is what it’s all about. Preparing them for the pro ranks and then they move on. I do hope to add professional fights eventually but you’re looking at a whole different cost factor when talking about a full card of pros.”

“I know some promoters like mixing it up and having grappling matches, K1 bouts etcetera, but I’m leaning on just having strictly MMA bouts. My home town has a BJJ club, I’d more than likely have them guys on the card if they were interested when I do shows in Fort William. When I do the major cities I think it’ll just be MMA.”

Simpson had some interesting stories – both about how ponderous the task of setting up an entirely new promotion would be, but also of how he found help from the Doncaster based Caged Steel promotion. While fight promoters traditionally have a reputation for being hard-nosed businessmen, the Caged Steel promoter, Dominick Gibbs, proved to be almost a mentor figure in this regard:

“There’s a lot that’s been difficult to process and to try and figure out. It’s been getting me stressed out [laughs]. So many things you don’t even think about when looking to start a promotion. Behind the scenes, there’s a lot to do and organize and I respect everybody consistently doing so.”

“In general some people think it’s just a case of throwing up a cage in a venue, getting fighters and you’re good to go. You’ve got to take things like overall production into consideration. Also hiring the security, doctors/medics, commentators, DJ, cut men, MC, photographer, runners, ring girls, officials, and having filming done for YouTube or PPV.”

“Luckily I’ve been getting guidance from the successful owner of Caged Steel Dominick Gibbs. He’s been excellent with me, taking time out of his own schedule to help me out, answer any questions I have and really give me the confidence to go forward with it. It’s not something he necessarily needs to do. A great guy! My first event I’ll be partnering up with him and his promotion Caged Steel and I hope he can show me the ropes. So make sure to check out Caged Steel, an unbelievable show.”

While Simpson knows that challenges still lie ahead – even if the first event becomes, successful, small promotions are always vulnerable to crises – he remains confident that the rewards justify the risks: “It makes it easier and worthwhile trying to give this a bash with the support of my friends, family, local community and fights fans on my MMA Twitter. I managed to build this account in a year, I was passionate about MMA journalism and writing. I still write for Overtime Heroes, but the new venture will build this promotion into something special. I’m aware I’ll make mistakes and things will go wrong but it’s part of the process. Start small and go big.”

In this time when promotions all over the world struggle under the burden of COVID, it is the smallest MMA operations that are at the biggest risk of being wiped out. This would cripple the talent pipelines vital to the sport. But it’s clear that even in these times some people are still planning for the future, and laying down the foundations not just for MMA’s survival, but MMA’s expansion. 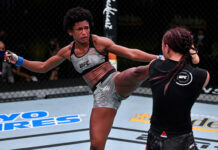