KSW is set to roll out its fourth event since July with KSW 55. Main eventing will see KSW middleweight champion Scott Askham defend his crown against one of the organization’s all-time greats in Mamed Khalidov. The two met in December 2019 at KSW 52, which saw Askham defeat the legend by unanimous decision. KSW 55 will take place on October 10, 2020, and can be seen worldwide on KSWtv and the KSW app.

In Search of Becoming the Best

Running rough-shot through KSW since making his debut at KSW 42, Scott Askham is in search of more KSW gold but knows he needs through the task at hand, a rematch with Khalidov. “Khalidov is the only name I have had. I wanted Narkun. I knew it was Narkun at light heavyweight or Khalidov. They think this is the better fight so here we are,” Askham told MMASucka.

Askham has his eyes set on becoming the organization’s second double champion. Mateusz Gamrot completed the fete winning the KSW featherweight and lightweight championships. Askham won the middleweight title after defeating Michal Materla in the finals of a four-man tournament after Khalidov returned and vacated the title. Askham has no doubt light heavyweight champion Tomasz Narkun is in the headlights. “Yes 100%! Win this and I fight Narkun next, no doubt!” Askham stated.

2020 has been a year full of roadblocks for the world, and MMA as well. Askham, a native of England, trains out of American Top Team in Florida but has been unable to get back to the United States due to COVID restrictions on international travel.

“Yeah, it’s been a crazy year! Still is crazy! I am out here in Germany preparing this time because I couldn’t get into the States. I will always find the best training possible and I think this will be the difference in the fight!” Askham stated.

Currently 4-0 in KSW and the middleweight champion, Askham has the skill and personality to become one of the organization’s GOATs. He finishes fights and has been every big name in his wake thus far. A win over Narkun for the light heavyweight title would cement Askham’s place in KSW immortality. Though his time in the UFC may not have panned out, he has done more than enough outside of the UFC to prove he is one of the best talents in the world today. 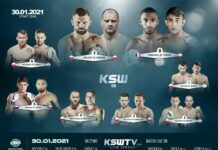 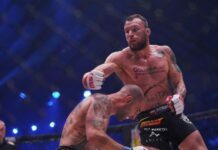 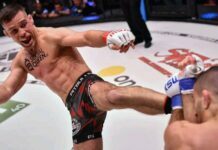