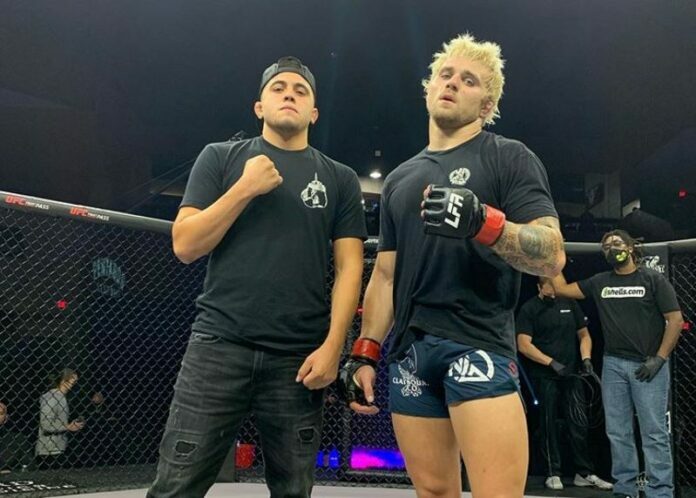 There comes a moment where, after a run of success, an MMA prospect faces genuine adversity. The fragmented and unusual nature of the sport means that fighters can progress at breakneck speed before suddenly being confronted with a challenge they were not prepared for. At LFA 91, Nick Maximov met that adversity in more ways than one.

The California wildfires had heavily impacted his camp, and his reduced level of conditioning, as a result, showed in the fight. “My gas tank wasn’t there, I couldn’t run, I couldn’t do half the shit I normally do because of California right now.” Even worse, his opponent Johnny James Jr. hailed from the Portland branch of ATT, famous for its anti-wrestling, and had been training ceaselessly for the opportunity to score a big upset victory.

However, adversity is an incredibly useful thing for an analyst. We’ve covered Nick Maximov before when we took a look at his grappling attributes, but just as a prospect with a string of KOs over lesser opposition might be hiding technical or gas tank issues with their finishes, Maximov’s vaunted jiu-jitsu might have been useless against an opponent with highly developed anti-wrestling tactics. But as James kept employing the traditional ATT strategy, sticking to the cage-like glue and pushing himself up efficiently, Maximov simply took him down, again and again, weaving under James’s punches. Maximov correctly guessed that James’s explosive standups would eventually tire him out. After both were exhausted from the constant wrestling, Maximov was able to snatch up a rear-naked choke. “Even on someone’s best day,” Maximov says with a ghost of a smile. “They can’t even beat me, even when I’m not at my best.”

What next then, for the man from Nick Diaz Academy? While it would have been nice to see more of Maximov’s striking, he assured us that when the times comes that he’ll be ready. Certainly, he is at least at the right camp to improve his striking acumen. Maximov feels that he’s heavily adapted his own style because of his training at NDA and that not only has his confidence in his boxing improved, but his all-terrain aggressive style has been influenced by his time there: “more submission aggressive jiu-jitsu, offensive wrestling, boxing alongside karate… I want to implement my game way better, rather than be one of those typical guys from a typical camp who just wins decision after decision like Kamaru Usman… I want to be a finisher everywhere, that’s the goal.”

However, he’s also seeking to further hone specific areas of his grappling. “I’d like to get better at holding someone down, getting him tired more. And finishing more – I need to start from the back more in training. And either finding more ways to get to the back and absolutely dominating someone.” Maximov winces at a memory from his previous fight. “For him to get in my guard after I had his back, I shouldn’t have let him do that. Granted, I was tired or whatever, but I don’t want people doing that on me.”

As for who he might call out next in MMA? “Take all comers man, that’s what it’s all about.” Whether it be a potential dip to middleweight -“time will tell, but I think 185 would be a cool thing to try again” or, hopefully, he says, a chance to fight in the UFC. This extends outside of just MMA; Maximov is enthusiastic about both no-gi and gi grappling competitions. His four SUG appearances this year attest to that. “It’s not gonna hurt anything, so long as you’re smart. Don’t be like a Cub Swanson and let Jake Shields tear your knee off, you know what I mean?”

Maximov’s next fight is a trilogy match against Aaron Tiegs at SUG 18, this Sunday. Both have a victory over the other in jiu-jitsu. Maximov, however, has grappling ambitions that reach beyond SUG: “these segments are just for fun, you know and exposure… I’m trying to win the ADCC trials, compete at ADCC, that’s my ultimate goal.”  That being said, Maximov’s true priority still remains MMA. He says he would prioritize a call-up from the UFC over even the ADCC trials. “The ADCC trials will always be there, but if you say to Dana White that you can’t do it, they might not call you back.”

Whatever happens next, it can hardly be a trickier proposition than the high work rate Maximov is already pushing in these troubled times. As he prepares for his rubber match with the canny Tiegs, Maximov’s tone betrays not a hint of doubt. “I’m excited you know, I don’t think there’s anything more entertaining than me putting my own money up against his, saying – let’s run it back.” 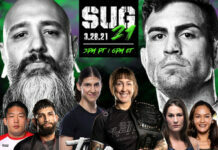 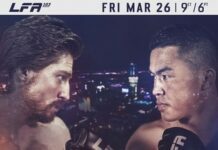